Eagles legend Brian Dawkins crafts custom Wawa hoagie (... but it's only for sale in Florida) 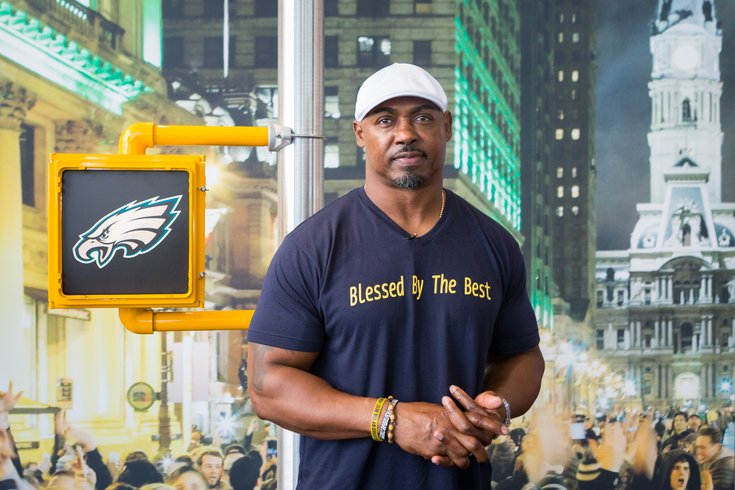 Wawa and Philadelphia Eagles' Hall of Fame safety Brian Dawkins are teaming up on a charitable hoagie promotion this month.

Everything about that statement is phenomenal. The only problem is that you won't be able to eat it in Philadelphia.

Dawkins, a Jacksonville native, has partnered with the ever-expanding convenience store chain to benefit the Police Athletic League of Jacksonville.

To celebrate the opening of a new Wawa at 2500 Monument Rd in Jacksonville, the former Eagle will host "Dawk Day" and introduce his signature hoagie, "The Dawk."

The hoagie will include grilled chicken, parmesan cheese, spinach, tomato, pickles, sweet peppers and honey mustard on a wheat roll.

When the store opens April 16, Dawkins will be there to build the first "Dawk" hoagie, which will be available through June 2 at nine Jacksonville-area Wawas.

At the ceremony, Dawkins and Wawa representatives will present a $10,000 check to JaxPAL, with another $10,000 on the way from hoagie proceeds. Funds will benefit MobilePAL, an initiative that provides programming the Jacksonville's highest-crime areas

“We are so grateful for Wawa and Mr. Dawkin’s partnership and support," said JaxPAL assistant chief Lakesha Burton. "Our MobilePAL outreach initiative gives us the opportunity to get out in some of our city’s most distressed communities to really engage with youth and their families in a fun and meaningful way. MobilePAL helps us build a foundation of trust between officers and youth.”