Rob Ellis out at NBC Sports Philadelphia as overhaul continues 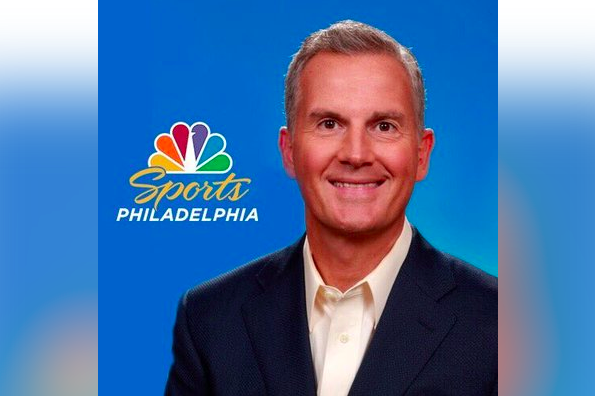 Ellis, who become a prominent voice in Philadelphia during his years with SportsRadio 94WIP, said he will continue to be heard on the airwaves.

The split from NBC Sports Philadelphia comes after the station decided not to renew Ellis' contract.

"I never took a day or show for granted," Ellis wrote, thanking viewers, listeners and readers for their support. "We wouldn't be able to do what we do if it weren't for you."

Ellis figured at one point to be a central part of the future of NBC Sports Philadelphia, serving as an anchor on the station's short-lived "Breakfast on Broad" morning show. He's since contributed on various shows and podcasts in addition to work as a writer. He hosted Sunday's Phillies post-game show on the sports network.

The departure of Ellis marks the latest in a lengthy series of exits, including reporters and hosts Molly Sullivan,  Marshall Harris, Dei Lynam and Tim Pannacio. Several others, including "Breakfast on Broad" co-hosts Sarah Baicker and Jillian Mele, have left on their own to purse other opportunities.

Ellis can still be heard on SportsRadio 94WIP, where he recently reappeared following a stint with rival station 97.5 The Fanatic.