Sure, it's easy, but everyone loves Gritty 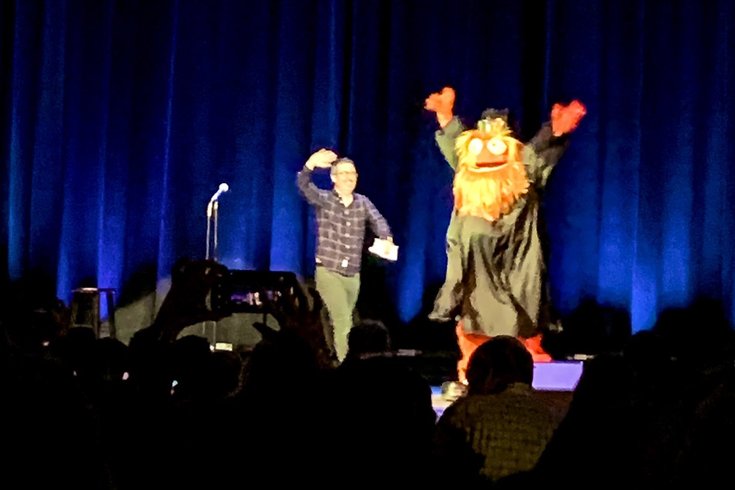 John Oliver performed some comedy and some other things at The Met last night, the first of two consecutive nights at the new North Philly venue.

Unsurprisingly, like every other celebrity interacting with the city of Philadelphia, Oliver brought out the man of the year: Gritty.

Well, at least a person pretending to be Gritty:

. @iamjohnoliver tonight was amazing as always! My favorite moment was John spotting a baby in the audience and interacting with her-ADORABLE! 😍 He danced and made funny sounds and talked to her in a sweet “baby voice”.

Since it’s Philly he brought out LWT’s Gritty at the end pic.twitter.com/Dq1bT2JtF1

Even if Oliver had been able to get the real Gritty (he’s expensive, as PhillyVoice found out), it’s more enjoyable that he used a knockoff version.

After all, this wasn’t Oliver’s first flirtation with the furry fiend.

In early October, just a few weeks after the Flyers unveiled the horrifying misfire-turned-leftist icon and beloved son of Philly, Oliver used knockoff Gritty to poke fun at Brett Kavanaugh (remember all that?) on his HBO show, “Last Week Tonight.”

A good callback is always welcome, especially when it reminds us of a fake Gritty downing a Bud Light in a Supreme Court Justice outfit.