Motion to dismiss on allegations of a flawed investigation is denied 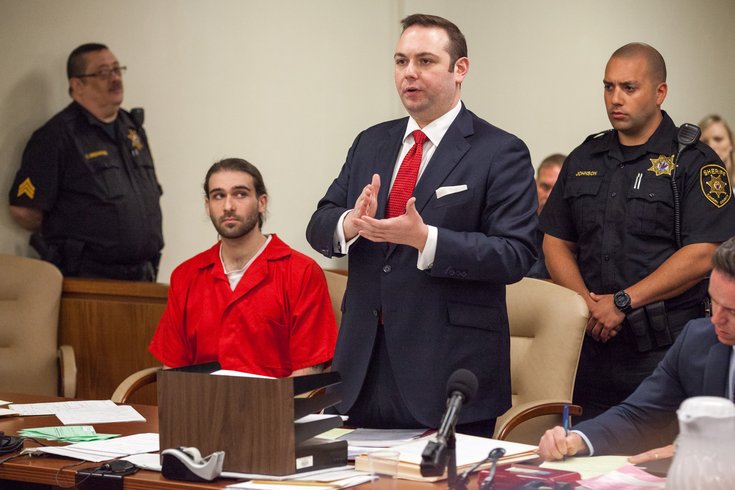 Creato is accused of killing his three-year-old son, Brendan Creato, in October 2015.

Arrested in January on charges of first-degree murder and second-degree endangering the welfare of a child, he has been unable to post bail of $750,000.

Creato's lawyer, Richard J. Fuschino Jr of Philadelphia, had filed a motion seeking to have the charges dismissed based on allegations of a flawed investigation and misleading grand jury testimony by the county medical examiner, Dr. Gerald “Buck” Feigin.

“Without question the medical examiner misleads this grand jury,” Fuschino told the judge.

Feigin specifically told a grand juror, who had asked about time of death, that only on television can time-of-death be determined, which is untrue, Fuschino told the judge. Time of death could have been determined if Feigin had gone to the scene the day the body was found, Fuschino argued.

“He is a disgrace as a medical examiner, he has a horrific past,” Fuschino told the court.

It is "beyond the pale and is the opposite of giving a fair shake to the accused” to say that Brendan Creato couldn't have died by accident, Fuschino said.

Christine Shah, the prosecutor in charge of homicide cases for Camden County, argued Feigin had not misled the grand jury.

She said it is the practice in Camden County for homicide detectives to conduct the investigation, not the medical examiner's office, which conforms with case law. She also pointed out that medical examiners hand evidence over to the prosecutor.

“No stone was left unturned,” she said of the investigation, noting three autopsies support Feigin's finding of homicide.

Judge John Kelley reviewed the brief and both lawyers’ arguments and said he did not see any evidence in the transcript that the grand jury was misled. The judge added that evidence need not be overwhelming at this point in the case.

He then denied the motion to dismiss the case and moved on to consider Fuschino's motion to suppress evidence, specifically from Creato's cellphone..

Shah argued Creato was clearly informed that authorities wanted to examine his phone and was cooperative about giving consent.

The judge set a June 2 hearing to consider details of what happened when Creato was in police custody and if and when he was informed of his rights.

But, the judge added, he sees the case going to trial.

Following the hearing, Shah left the courthouse without speaking to reporters, as did the child's mother, Samantha Denoto, who did not have the boy in her care when he disappeared.

After the hearing, Fuschino repeated "we have an enormous problem with the medical examiner" in the case. The judge did not take testimony from Feigin or anyone in his office.

Fuschino said he hopes to come to an agreement with Shah over who will testify on June 2 and added he also hopes to agree on which part of the videotaped questioning of Creato the judge can view prior to the hearing.

When reporters were finished with speaking to Fuschino, the only thing David Creato had to say was, "We support our son."