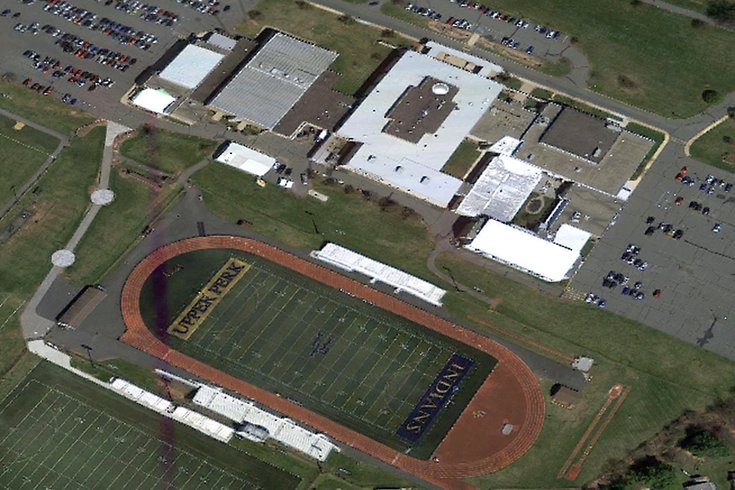 A 15-year-old boy whose mashup video caused the Upper Perkiomen School District to cancel classes one day last month will not be permitted to return to school while his federal lawsuit against the district plays out.

Chief U.S. District Judge Petrese B. Tucker denied an emergency motion for a preliminary injunction that would have enabled the student to immediately return to class in the Montgomery County school district.

The student combined portions of a video called "Evan" with the song "Pumped Up Kicks" and posted it on December 4 to a private Instagram account that he anonymously used to make fun of others. The account, upperperkiscool, neither included his picture nor used his name.

The video was perceived as a school shooting threat by some students and parents. Upper Perkiomen Superintendent Alexis McGloin decided to close the district on December 5 while the Pennsylvania State Police investigated the social media post.

The student, identified in the lawuit as "A.N.," has been suspended from Upper Perkiomen High School in Pennsburg since December 5 as the district pursues expulsion.

Police declined to charge the student, concluding his actions did not constitute terroristic threats, but the district is trying to expel the student.

Martha and John Niziolek, the boy's parents, sued the district on December 15 in the U.S. District Court for the Eastern District of Pennsylvania, alleging violation of free speech rights under the First and Fourteenth Amendments when he was disciplined for his out-of-school social media post.

But Tucker ruled on Tuesday that the student failed to meet the legal burdens necessary to grant an emergency motion that would have allowed his return to school.

"The plaintiff's family are, of course, disappointed in the outcome and considering their options moving forward," said Michael Raffaele of Bryn Mawr, the student's attorney. He declined further comment.

The district's attorney, Michael D. Kristofco of Blue Bell, did not respond to requests for comment.

A DISRUPTION, BUT WHY?

The "Evan" video was produced by Sandy Hook Promise, a nonprofit group created in response to the Sandy Hook Elementary School shooting in Connecticut in December 2012, as a public service announcement to help people recognize potential warning signs of teenage gun violence.

The song, by the musical group Foster The People, describes a man's homicidal thoughts, including the lyrics "All the other kids with the pumped up kicks/You'd better run, better run, out run my gun."

The student claims his mashup video only was intended to ridicule the "Evan" video, which he believed did not provide "compelling evidence" of a school shooting. But Tucker noted in her ruling that the teen allegedly captioned his post "See you next year, if you're still alive." 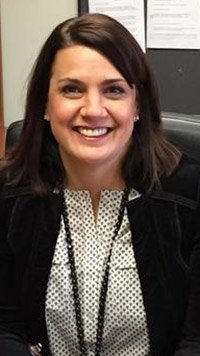 Alexis McGloin is superintendent of the Upper Perkiomen School District.

The student deleted the post, which had been viewed 45 times in less than two hours. But he first allegedly edited the caption to read "see you next year. it is not a threat, you n*@#& need to chill."

McGloin testified that she closed the district because police were immediately unable to determine whether the threat was real, determine the source of the account or gain a warrant despite as they investigated during the early morning.

The student emailed McGloin at 6:30 a.m. to say people "became reasonably scared" after viewing the video, but did not identify himself as the creator. The state police visited his home the next day. His parents willfully surrendered his personal phone and computer.

Court precedent has found that the First Amendment prohibits public schools from punishing students for off-campus speech unless it causes an actual disruption to the school environment or leads officials to believe one could occur, Tucker wrote in her ruling.

The student acknowledged a disruption occurred but claimed his Instagram post did not cause it. Instead, he claimed a mischaracterization of his speech prompted the disruption.

Tucker ruled otherwise, saying Upper Perkiomen did not violate the student's First Amendment rights because the post "reasonably led school officials to forecast that a substantial disruption to the school environment would occur."

Without that, Tucker ruled, the student did not meet the requirements necessary for granting the emergency motion that would have returned him to school.