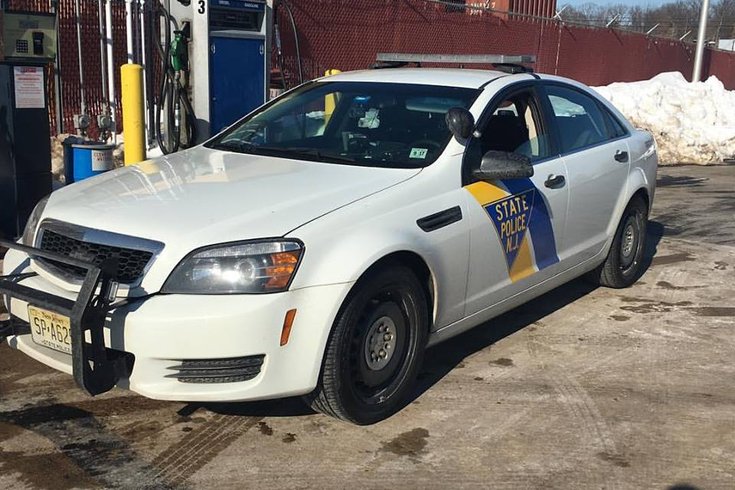 The feud began with a gas pumping jest on Instagram begun by a Connecticut trooper aimed at New Jersey state police officer.

An interstate grudge match of a Facebook feud between state police in Connecticut and New Jersey is entering its second week and still perking.

"Jur-zee still got jokes 😐. Wud-ever, we'll fuhgeddabouddit..... for now. But if you want to stir the pot in Connecticut you're gonna have to deal with the Nutmeggers, and you know what they say about Nutmeggers! (and nutmegs aren't nuts so don't even think about it)

By the way, New Jersey State Police, since you need back up from Massachusetts State Police give us a minute to break out our Bahstun accent translator.' 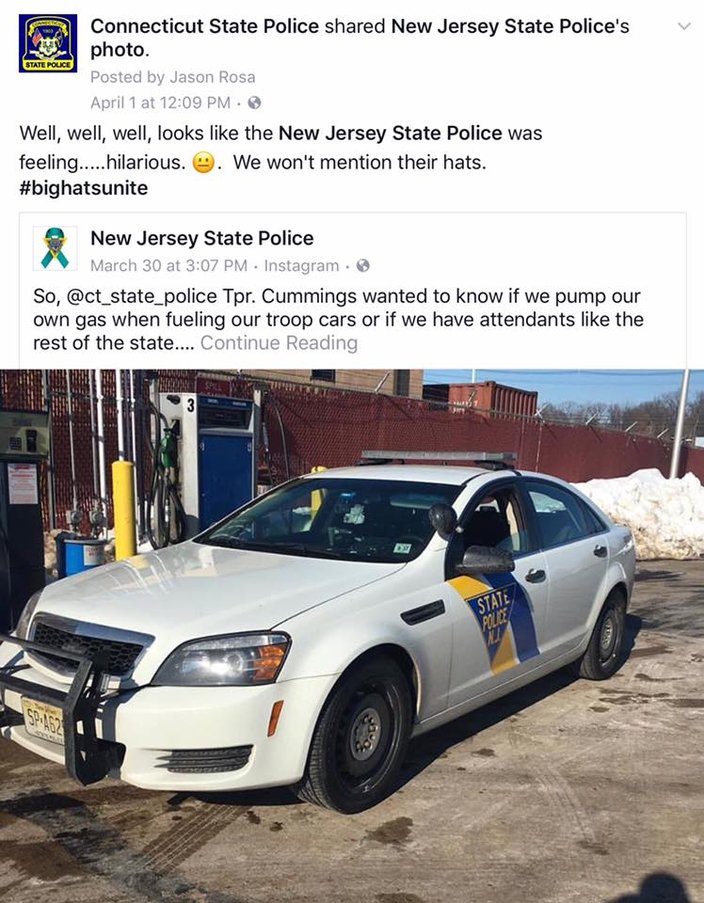 A recap of the Facebook feud with New Jersey as posted by Connecticut.

But as a self-described Nutmegger – a resident of Connecticut – she admitted she had to Google to figure out how to correctly spell fuhgeddabouddit in the Jersey style made famous by The Sopranos TV show.

“I had no clue. I had to look it up,” she says of the iconic New Jersey phrase.

Grant, who has done social media for the Connecticut department for the past two years, says the state police had fun before on Facebook, but at their own expense, such as an exaggerated version of what it took to corral a dog running down a highway.

Other topics in the cross-border postings have included Connecticut’s unmarked cruisers and New Jersey’s obsession with calling their headgear “covers,” not hats.

The posts have been shared hundreds of times and long comment threads often follow. Some of the trolling commenters seem intent on goading Rhode Island and Massachusetts state police to join in, but so far it is just a two-state squabble. New Jersey and Connecticut do no border, but are separated by just 13 miles-or-so by New York State, which also has stayed out of the tiff.

Flynn thinks the sniping may have played itself out.

Grant isn’t so sure.

The two have never met – virtually or in real life.