The singer also used the campaign to debut her new tune, 'Every Day Is a Holiday' 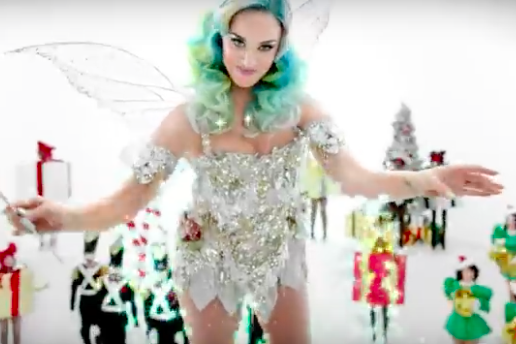 Katy Perry appears on this list of great songs to listen to while stuck in traffic.

But in her newly released holiday ad campaign for H&M, "Happy & Merry," (get it, H&M) Perry proves the envelope can be pushed even further -- and can possibly be stuffed with sparkles.

In the video, Perry appears in several equally odd roles, from that of a flying, bodacious fairy who flutters over twerking teddy bears to a toy soldier.

She also uses the dizzyingly festive, borderline creepy and undoubtedly bizarre ad performance to debut her new holiday song, "Every Day Is a Holiday."

The singer is expected to release the full version of the song "shortly," according to Twitter.

Experience it for yourself: