Officers 'trivialized my injuries' and made jokes, she writes in blog post for the Human Rights Campaign 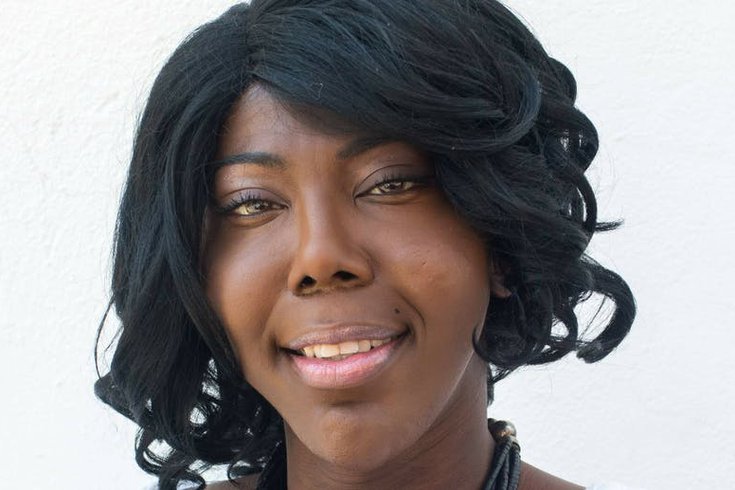 Kendall Stephens, a transgender woman who was assaulted inside her Philadelphia home in August, says a police commanding officer harassed her when she was seeking help.

Kendall Stephens has spoken frequently about being the victim of a transphobic attack since the incident occurred inside her Point Breeze home in August.

Stephens, 34, has expanded on the violent assault, which left her visibly injured, and her experience as a Black transgender woman in interviews with several media outlets.

On Tuesday, the community advocate and Temple University student offered additional details about the attack in a community blog post published by the Human Rights Campaign, an equality-focused nonprofit.

Stephens was beaten in front of her godchildren and called "tranny" and other derogatory names after she threatened to call the police on a group causing a disturbance outside her home.

In the blog post, Stephens said the Philadelphia police were "belligerent and unsympathetic" during their response to the assault, saying they refused to arrest one of the people she identified as an attacker. She said they regarded the incident as a simple assault, telling her she would need to make a private criminal complaint.

"When I came to the police district, I was met with the same hostile energy from the commanding sergeant, who harassed me, trivialized my injuries, and cracked jokes with his subordinates while I bled on the floor," she said.

Kendall Stephens survived a brutal, transphobic attack inside her own home. She shared her story with @HRC. We must demand justice and equality for Stephens and all LGBTQ people. #BlackTransLivesMatterhttps://t.co/KBKEArAbdk

Stephens said her experience with police officers was typical for a transgender victim.

"No one should be in a position to have to advocate on their behalf so fervently when in a state of extreme duress, but this is par for the course when it comes to trans people in just about every interpersonal issue we have to endure," Stephens told the Human Rights Campaign.

"In many instances like mine, the police harm the transgender community in irreparable ways, especially in terms of investigations into the times when we are attacked and murdered, as they often misgender us in the media and on police reports and fail to put forth the same energy and effort into our cases than that of the general public."

Philadelphia police and the mayor's office did not immediately respond to requests for comment.

Several Black transgender women have been the victims of homicides in Philadelphia in recent years. Dominique Rem'mie Fells was found dead in the Schuylkill River in June. Michelle "Tamika" Washington was fatally shot in North Philly last year and Shantee Tucker was killed in Hunting Park in 2018.

Stephens, a board member at the William Way LGBTQ Community Center and a trans support group facilitator, previously discussed the assault with Billy Penn, the Inquirer and 6ABC.

Despite the unsatisfactory response from police, Stephens said she would use the experience as a lesson for her transgender advocacy work.

"Living as a trans woman has its ups and downs, though what is troubling is that we have been disallowed to live an honest manifestation of our truth by intolerable transphobic individuals," Stephens said.

"We need people to be our allies and speak on our behalf if we are to advance in health and prosperity in our community. People can help by being cognizant of what we, as trans women, go through on a daily basis, just so we can live in our authenticity."

The Philadelphia Police Department responded, saying they were disappointed to hear that Stephens had negative interaction with the police. A spokesperson said the department has reached out to Stephens with information on how to file a formal complaint.

"We remain disheartened that Ms. Stephens did not have a positive interaction with officers when initially filing her report," a spokesperson said. "Department leadership has spoken with Ms. Stephens and provided her with information on how to file a Complaint Against Police. As always, we encourage anyone who feels as though the conduct of an officer or officers was inappropriate to file an official CAP so that it can be thoroughly investigated by our Internal Affairs Bureau."

A spokesperson from the Philadelphia Mayor's Office also lamented Stephen's experience with the police. They offered up the city's Office of LGBTQ Affairs as an availible service for interactions between members of the community and the police.

"It is always troubling to hear about members of the public having negative interactions with police, especially when the person is a crime victim. The City’s Office of LGBT Affairs is available as a resource to all members of the LGBTQ community and gladly serves as a liaison between community members and the police as needed—including providing assistance in this case by connecting Ms. Stephens with PPD leadership to address her concerns," the spokesperson said in a statement.

"As with any individual who has concerns about officer conduct, we encourage Ms. Stephens to file a complaint so the incident can be properly investigated," they added.