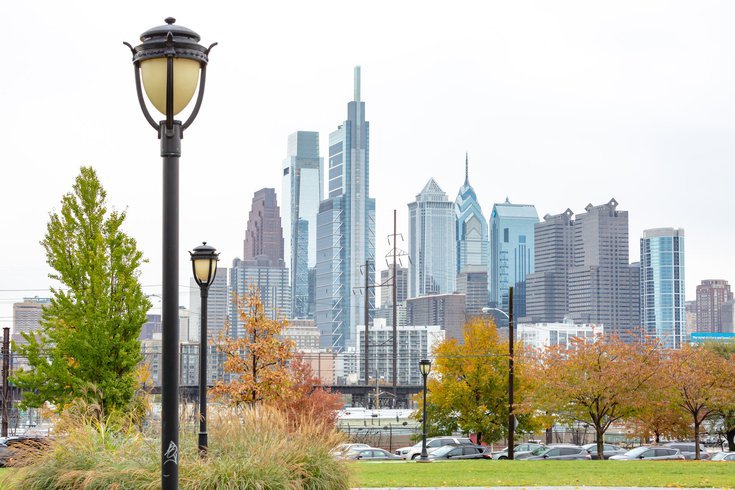 Philadelphia averaged 158 new cases of COVID-19 per day during the week ending Oct. 10, continuing an upward trend in coronavirus transmission in October. The city has adjusted its gathering limits indoors and outdoors to reflect patterns in risk and transmission.

Philadelphia officials unveiled a series of new guidelines for indoor and outdoor gatherings Tuesday, loosening some restrictions and tightening others in an effort to strike the right balance as COVID-19 cases continue a recent uptick.

The changes come after Pennsylvania Gov. Tom Wolf revised statewide gathering limits last week, tying occupancy to the size of indoor and outdoor venues rather than imposing a fixed number.

"We will be more restrictive within the city limits than is allowed by the commonwealth," Philadelphia Health Commissioner Dr. Thomas Farley said.

Beginning Friday, Philadelphia will allow no more than 10% of the maximum occupancy at indoor spaces, compared to the 20% allowed elsewhere in Pennsylvania. The city will permit up to 250 people for the largest indoor venues, rather than 750 in the rest of the state.

Farley highlighted the fact that this new rule is more restrictive for very small indoor settings that were previously capped at 25 people.

"A space that has a maximum occupancy of 150 can host no more than 15 people," Farley said. "This, we hope, will prevent the social gatherings of 25 people that are occurring in very small spaces, which we have seen."

In other indoor settings, however, the new limits will be a bit higher as a result of these changes.

Mayor Jim Kenney pushed back against the idea that the restrictions are further harming indoor businesses that have been hard-hit by the pandemic. Contact tracing has consistently linked social gatherings to increased transmission of COVID-19.

"We're not trying to hurt anyone," Kenney said. "We're trying to keep people from getting sick and dying."

The latter scenario will apply to Eagles games at Lincoln Financial Field, beginning Sunday, as well as home football games for Temple University.

RELATED ARTICLE: Everything you need to know now that the Eagles are allowing fans back at the Linc

"We believe outdoors there's much lower risk because of the much higher levels of ventilation outdoors than indoors," Farley said. "The point of this design is to encourage everyone that if you want to gather, do it outdoors where it's much safer."

Kenney said the city will unveil plans next month for annual holiday celebrations, including the return of a holiday tree and activities outside City Hall.

"We are working closely with the health department to bring some excitement back to City Hall with the return of the holiday tree," Kenney said. "There will also be family-friendly outdoor activities throughout the city."

Farley reiterated that face masks should be worn at all social gatherings – indoors and outdoors.

The city continues to see rising cases this month, adding another 145 new cases on Tuesday. During the week ending on Oct. 10, Philadelphia averaged 158 cases per day with a test positivity rate of 4.5%. Those numbers were up from 126 cases per day and a 4.3% rate over the previous week.

Contact tracers have linked the increases in the Far Northeast and South Philly to small social gatherings and household transmission, but it's unclear why these parts of the city have seen higher case rates.

About two-thirds of the new cases have come among people between the ages of 20 to 49 years old. Farley said the city would take a much closer look at tightening restrictions if more cases begin to appear among people over the age of 60, who are at the highest risk of a severe infection or death.

Looking ahead, Farley said there are promising developments taking shape toward the availability of a vaccine.