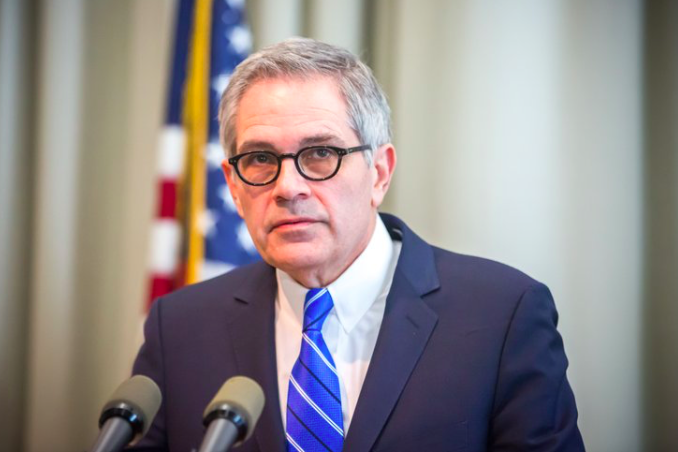 District Attorney Larry Krasner announced charges on Friday in connection with the assault of transgender woman Kendall Stephens which allegedly occured on Aug. 24 in the Point Breeze section of South Philadelphia.

A Philadelphia woman who allegedly assaulted a transgender woman along with several other people has been charged with crimes related to the August attack, the Philadelphia District Attorney's office announced Friday.

Tymesha Wearing, of Kingsessing, will be charged for the alleged assault of Kendall Stephens, a transgender woman, on Aug. 24 in Point Breeze, District Attorney Larry Krasner wrote in a release.

Wearing and several other women are suspected of attacking Stephens after she threatened to call the police on the group for causing a disturbance outside her house.

Stephens said the women began attacking her after she approached them with her daughter. The group then forced their way into Stephen's home, and called her names like "tranny" while she was "punched, kicked, and scratched, and a flower pot was used to hit her on the head," Krasner wrote.

The attack was widely reported by several media outlets and Wearing was identified using social media posts and other video evidence.

Wearing will be charged with ethnic intimidation, aggravated assault, conspiracy, possession of an instrument of crime, and other charges related to the August attack.

"When discrimination is enshrined in our laws and policies, the state gives tacit permission to treat people who present differently as less than equally and fully human," said Kranser. "Black trans women are among our most vulnerable loved ones and neighbors — vulnerable to job and housing discrimination, to poverty, and to violence."

The charge of ethnic intimidation involving LGBTQ people as a Summary offense is being brought in place of hate crimes charges in Stephens' assault. In Pennsylvania, LGBTQ people are not protected in the state's hate crimes statute.

"I stand with the majority of Pennsylvanians who support equal treatment for everyone under the law and urge our representatives in Harrisburg to ensure LGBTQ people are protected from discrimination and hate," Krasner added.

Investigations conducted by the Philadelphia Police Department and the District Attorney's Office to find other persons involved in the attack are ongoing, Krasner added.