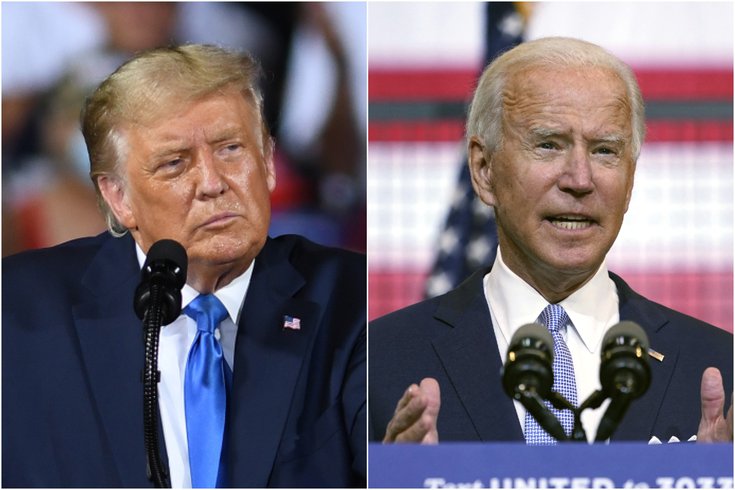 President Donald Trump and Democratic challenger Joe Biden will participate in the first debate of the 2020 presidential campaign at 9 p.m., Tuesday, Sept. 29. FOX News anchor Chris Wallace will be the moderator.

Democratic candidate Joe Biden and President Donald Trump will square-off in the first debate of the 2020 presidential race at 9 p.m. on Tuesday, Sept. 29.

The debate will take place in the battleground state of Ohio and is scheduled to last about 90 minutes. FOX News anchor Chris Wallace was chosen by the nonpartisan Commission on Presidential Debates to moderate the event.

Where is the presidential debate taking place?

Case Western Reserve University in Cleveland will host the event, which originally was scheduled to take place at the University of Notre Dame in South Bend, Indiana. Notre Dame withdrew in July because the "necessary health precautions (due to the COVID-19 pandemic) would have greatly diminished the educational value of hosting the debate."

Even in Cleveland, while Wallace is expected to be at Case Western in-person, it's still unclear whether Trump and Biden will be there, too, or participate virtually, according to the Washington Post. The debate will take place onCase Western's health campus, which is not near the school's main campus and the Cleveland Clinic is helping with the COVID-19 preparations.

It has not been not been announced yet if a live audience will be permitted to watch the debate from the venue. However, those viewing at home will have a variety of ways to watch or stream it.

Broadcast networks ABC, NBC, CBS and FOX will air the Trump-Biden debate, as will major cable news networks FOX News, MSNBC and CNN. Those options to watch are available with cable or live-TV streaming service subscriptions.

Networks with streaming capabilities or affiliated apps will also stream the debate, making it accessible to those with Apple TV, Amazon Fire TV, Roku, and similar streaming devices. ABC news, CBS, and The Washington Post have already announced they will stream it, and more are expected to make similar announcements ahead of Tuesday night.

C-SPAN will stream the debate live online at C-SPAN.org and the audio-only feed on the C-SPAN radio app. Or watch the Biden and Trump debate here in the video below, embedded from C-SPAN's YouTube account.

According to the Commission on Presidential Debates, the topics of the first debate will include: the U.S. Supreme Court, COVID-19, the economy, race and violence in our cities, the integrity of the election, and the records of Trump and Biden.

Each topic is allotted a 15-minute segment. Wallace will prompt the discussion of the topics with a question, and then Biden and Trump will each get two minutes to respond, followed by additional time to respond to each other.

The first presidential debate will run without commercial interruption.

Up next will be the vice presidential debate between Democrat Kamala Harris and Republican Mike Pence on Oct. 7, moderated by Susan Page, USA Today's Washington bureau chief.

The second presidential debate takes on Oct. 15 in Miami, Florida, moderated by Steve Scully, the senior executive producer and political editor for the C-SPAN Networks. And the third and final debate between Biden and Trump happens Oct. 22 in Nashville, Tennessee. It will be hosted by Philly-native Kristen Welker, co-anchor of Weekend TODAY and the White House correspondent for NBC News.