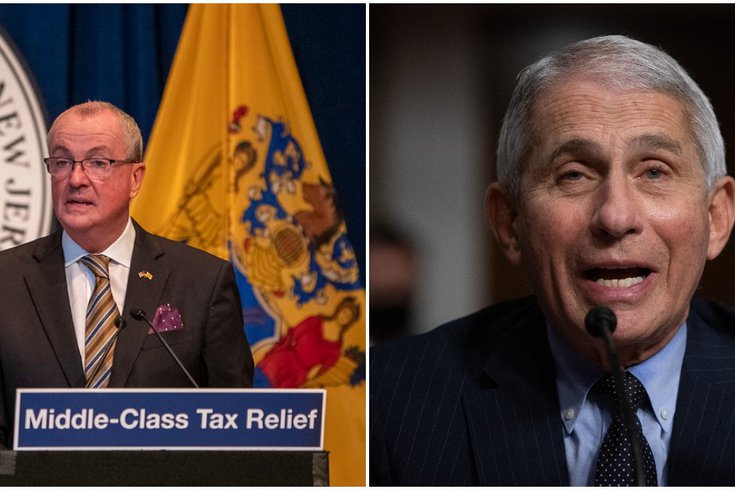 Dr. Fauci implored that the reopening of activities such as schools and restaurants in New Jersey must be done "carefully, gradually, and prudently" in order to maintain resilience in the face of potential outbreaks to come.

The state's ability to drive down a number of public health metrics, including the coronavirus infection rate, has put New Jersey in a good position to continue reopening its economy through the fall and winter, Fauci said.

However, Fauci implored that the reopening of activities such as schools and restaurants must be done "carefully, gradually, and prudently" in order to maintain resilience in the face of potential outbreaks to come.

Fauci, who serves as the director of the National Institute of Allergy and Infectious Diseases, said that there could be an answer about a potential COVID-19 vaccine by November or December.

While vaccines would then become available by the end of 2020 and the beginning of next year, Fauci said that widespread vaccination likely would not start until April 2021 and that it will probably take until later next year before everyone has received the vaccine.

Distribution of the vaccine would start with essential healthcare employees and other frontline workers, followed by the elderly population and those with underlying health conditions, Fauci said. While the goal is to have 100% of the population vaccinated by the end of 2021, Fauci is hopeful that at least 75-80% of the American public will take a vaccine.

But even when a vaccine becomes available, the public will not be able to immediately return to normal, Fauci said. In the meantime, he's urging all Americans — especially young adults — to take the virus more seriously and not assume that they are immune from getting seriously ill.

The chat was held via Facebook Live on Murphy’s Facebook page. You can watch the entire conversation below.

The physician is one of several members of President Donald Trump’s White House Coronavirus Task Force, which has been responsible for overseeing the nation’s response to the public health crisis.

The 79-year-old Fauci has advised every U.S. president since Ronald Reagan over public health matters, including HIV/AIDS. A graduate of both Holy Cross and Cornell, Fauci has received several awards over the years for his contributions to immunology.

New Jersey has been one of the hardest-hit states by the COVID-19 pandemic. The state has had 200,580 confirmed coronavirus cases and 14,285 lab-confirmed deaths due to COVID-19 since the outbreak began in March. There are roughly 1,800 more fatalities that are believed to be caused by the virus.