Kensington warehouse to be turned into apartments, artist industrial space 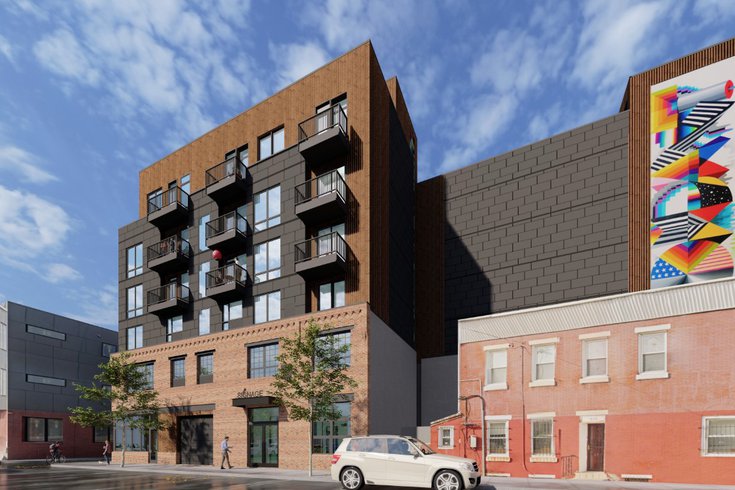 CosciaMoos is proposing to transform a two-story warehouse at 1838-42 E. Huntingdon St. in Kensington into a six-story apartment complex with artist industrial space.

The wheels are in motion to raise another mixed-use building in Kensington.

The Department of Licenses and Inspections has issued a zoning permit to architecture firm CosciaMoos to build four stories atop a two-story warehouse at 1838-42 E. Huntingdon St., just a block away from the Huntingdon Station on SEPTA's Market-Frankford Line and Temple University Hospital's Episcopal Campus.

The proposed six-story, 52-unit apartment complex with artist-industrial space would add to an estimated 700-plus units in development at sites throughout the area, Rising Real-Estate reports.

Renderings of the proposed makeover show the warehouse's original facade still intact. Jessica Vitali, a senior project manager at CosciaMoos, said the additional four stories will feature paneling and a rusted steel look designed to play off the industrial aesthetic.

"We pulled the new construction back from the face of the existing warehouse by about a foot or so just to really respect the integrity of the existing building so you could clearly see its form and its shapes," Vitali said. "That existing brick has a lot of variation in color, so the panels that we're using on the bulk of the building pick up on the dark tone of the brick in that warehouse." 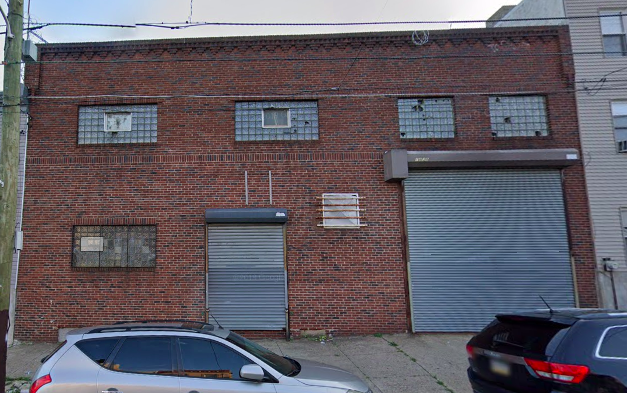 Architecture firm CosciaMoos is proposing to add four stories to this two-story warehouse at 1838-42 E. Huntingdon St. in Kensington.

The roughly 50,000-square-foot complex will boast a mix of one-bedroom, two-bedroom and studio units, according to Vitali. Ten of the residential units will be located inside the existing warehouse structure, while the other 42 will be dispersed throughout the additional four stories, the permit from L&I says. There also will be a roof deck and space for automobile and bike parking.


The building's ground floor will house a lobby for residents, but at least half of the floor and parts of the second floor will be allocated toward artist-industrial space, according to the permit. It's not yet known what will go in the artist-industrial spaces, but Philadelphia's zoning code says they can be used as artists studios or by businesses that "produce consumer goods, food, beverages, or wearing apparel or accessories" via small-scale manufacturing.

"Right now they're being built as more generic spaces," Vitali said. "I don't think the owner has approached anyone in particular to occupy the spaces. They'll just be more available for who might need them."

Because the existing warehouse will remain intact, Vitali said CosciaMoos will not have to appear before Philadelphia's Civic Design Review for recommendations. The firm still has to file for a building permit; once it's approved, Vitali said construction will begin. 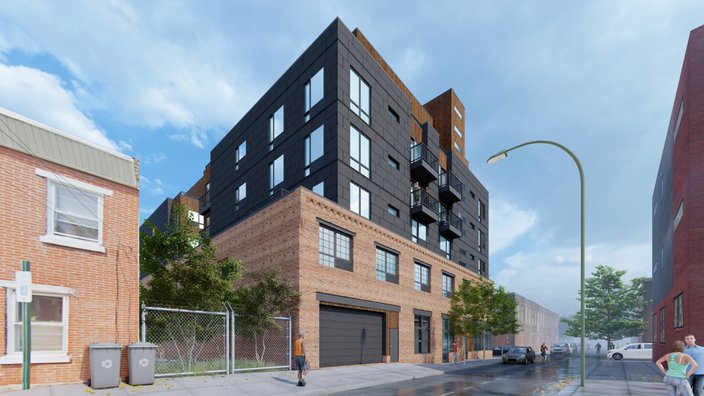 A rendering from architecture firm CosciaMoos details a proposed plan to transform a warehouse into the latest mixed-used building in Kensington.

Kensington could look drastically different over the coming years.

One of those developments is the York Arts project, a 127-unit mixed-used building led by Maestro Development that will feature more than 6,000 square feet of artist-industrial space along Jasper, East Boston and East York streets. To the east of the warehouse are seven development projects in the area of Frankford Avenue and East Leigh Road.

CosciaMoos' previous design work includes the Hamilton Court Amenity Building, a glass and metal structure built in the old courtyard of Hamilton Court, a 20th-century hotel that has since been converted into apartments for students in University City. The firm also is working on a seven-story, 46-unit apartment complex at the intersection of Spring Garden Street and Ridge Avenue.

In Kensington, an area ripe with new development, Vitali said the team is excited to take on the challenges that come with designing a new complex while keeping its original structure, the old warehouse, intact.