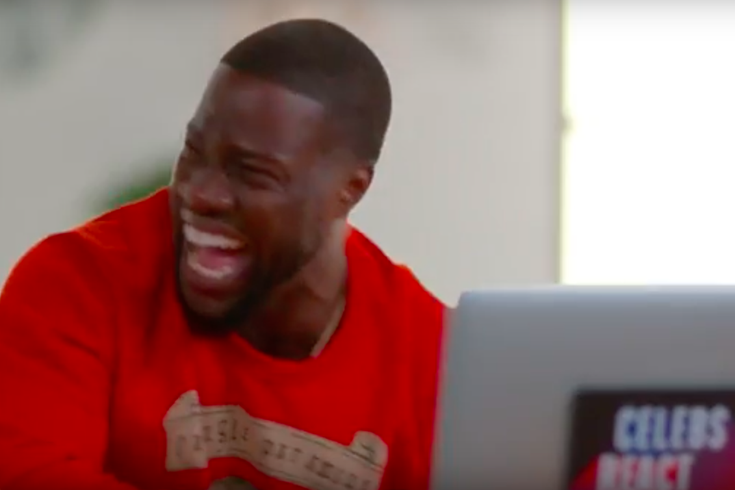 From "Talk Soup" to "Tosh.0" to "Ridiculousness," there's no shortage of options out there for busy people/browser-restricted employees who want their insane internet shenanigans curated by famous people.

Much like the e-sports trend — watching videos of people playing video games — Fine Brothers Entertainment found a niche with its "React" web series, which puts all sorts of folks in front of video clips and gives them an opportunity to share their thoughts. There's one for kids, teens, adults, elders and YouTubers at large.

Now the Fine Brothers, who were dealt a democratic backlash this year for trying to license their show format, are breaking into the celebrity realm with none other than Philadelphia native Kevin Hart and politico-funtrepreneur Mark Cuban, among a long list of others.

There is a catch: The series will premiere exclusively on global subscription service Fullscreen, which offers one free month and then $4.99/month thereafter. If you want celebrities, you have to pay for them somehow. We can only hope it will eventually migrate over to the free "React" Youtube channel.

This is a good one for Halloween that just goes to show horror movies definitely raise your heart rate.