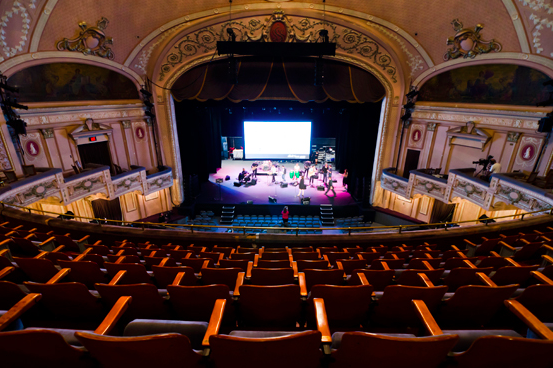 The Kimmel Center for the Performing Arts and the University of the Arts announced a new partnership Monday that includes the purchase of the Merriam Theater, Philadelphia's longest continuous venue for Broadway shows and a fixture on the Avenue of the Arts cultural district for nearly a century.

A joint statement from the presidents of both organizations revealed that the Merriam Theater, located at 250 S. Broad Street, has been acquired by the Kimmel Center for $11 million in a deal that will deepen ties between the University of the Arts and establish a school-time performance series.

“We are excited to expand our reach in the arts education arena while also securing The Merriam Theater for generations to come,” said Anne Ewers, President and CEO of The Kimmel Center for the Performing Arts. “As this partnership develops we will continue working toward our shared mission and goals and, together, create a positive impact on the Philadelphia arts community.”

In addition to the performance series, the partnership will provide UArts students with access to artists performing at the Kimmel Center, create credit-based projects for showings and exhibitions, and broaden cross-organizational opportunities through lecturer appointments, mentorships and committee work.

“For 140 years, the University of the Arts has been a leader in the arts and education in the Philadelphia region and beyond,” said David Yager, who was appointed president of the University of the Arts in September 2015. “Our innovative approach to developing the next generation of artists, designers, and creative leaders is unique, and partnering with an organization like The Kimmel Center extends the reach of our exceptional faculty and students even further into the community.”

Constructed in 1918, the Merriam Theater was known as the Sam S. Shubert Theater until 1972, when it came under the ownership of the Academy of Music and later the University of the Arts. The theater received its name in honor of the late John W. Merriam, a local developer and founder of what was then the Philadelphia College of Performing Arts.

Yager was inaugurated as president of UArts at the Merriam Theater on Monday to mark the launch of the new partnership.