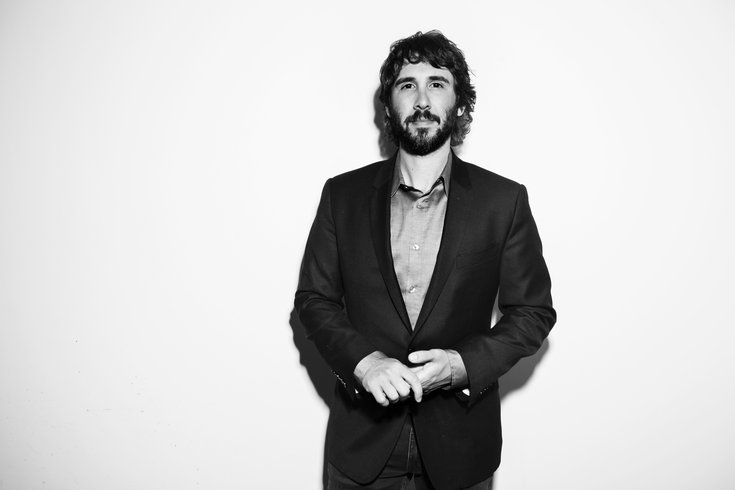 American singer, songwriter, actor and record producer Josh Groban poses for a portrait in promotion of his forthcoming album on Thursday, March 12, 2015 in New York.

His voice has thrilled millions, but no one at the Kimmel Center was likely thrilled to hear what singer Josh Groban had to say about the venue Tuesday.

During an interview with 1210 WPHT talk radio host Chris Stigall, Groban alleged the Kimmel Center wanted to charge fans a ticket price that was $20 more than other venues where the multi-platinum-selling artist has performed.

“We said, ‘If you do that, we’re going to move venues,’ and they said, ‘Well, we’re going to do it.' So we said, ‘Okay, here we go,’ ” Groban told Stigall. “They tried to gouge the fans in a way that other venues weren’t doing, so we left.”

Not true, says Leslie Patterson-Tyler, director of media relations and communications for the Kimmel Center. In a statement, Patterson-Tyler said “we were surprised by the comments made by Mr. Josh Groban this morning during a radio interview in Philadelphia.

“The Kimmel Center worked very closely with our co-presenting partner LiveNation on this concert, and they decided to go to the Tower Theater before our negotiations were complete. Unfortunately, Mr. Groban was ill-informed. The Kimmel Center’s ticketing system is on par with other performing arts centers both locally and nationally, providing a valuable patron experience among its campus-wide venues."

Groban, whose new album “Stages” is number two on the Billboard chart for top 200 albums, is scheduled to perform at the Tower Theater on Sept. 16.

You can listen to Stigall's entire interview with Groban here.