Kinder Eggs will soon hit store shelves in the U.S. 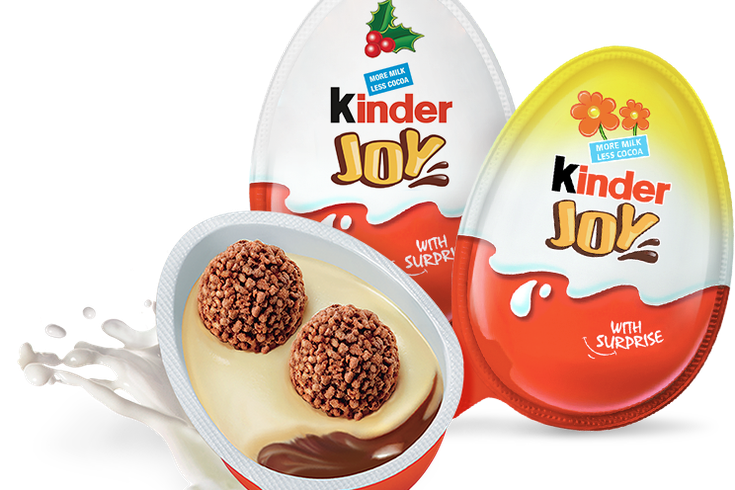 Kinder Joy eggs will soon be available in the U.S.

Americans will soon be able to give a warm welcome to a European candy that's been popular for decades.

Kinder Surprise Eggs, chocolate eggs that have a toy in its hollow center, are widely consumed abroad but not in the U.S., thanks to a longtime choking hazard ban from the FDA.

While some may have snagged a Kinder Surprise Egg in the U.S. in the past, a spokesperson for Italian candymaker Ferrero told the news site that those candies were exchanged illegally.

Kinder eggs are coming to US stores next year, but they'll be Kinder Joy eggs -- the Kinder Surprise eggs are banned https://t.co/Z8n8PApdVL pic.twitter.com/ZDjBYkD3UG

"Any Kinder product that has been sold in the U.S. up until now was done on an unauthorized basis," the company said in a statement obtained by CNN.

Though, it's not the rules that have changed. Ferrero is able to skirt around the regulation with a slight difference.

The Kinder Joy has two separate halves, one with the candy filling attached with a spoon and the other half that contains the toy to avoid any choking hazard.

Anxious to try? U.S. customers will have to wait until January 2018 until Kinder Joy Eggs will become available.