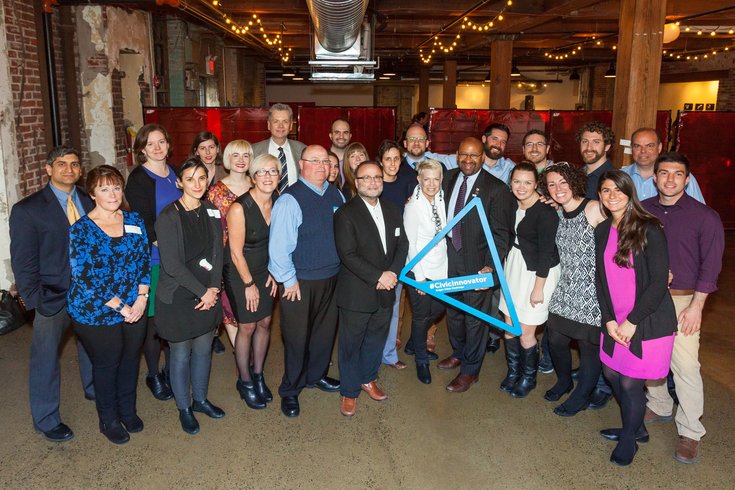 The John S. and James L. Knight Foundation announced Tuesday morning that seven Philadelphia-based organizations have been selected to receive grants that, together, total a $1.1 million investment in the region.
The grants are part of the first-ever Knight Cities Challenge. The foundation will disburse $5 million to 32 announced winners, picked from 7,000 applicants who are rooted in 26 Knight communities; Philadelphia will receive the most grants.
Each applicant pitched a project that attracts economic opportunity and encourages civic engagement within a city. The question the foundation posed with its challenge was this: What's your best idea to make cities more successful?
Below, how one Philly grant recipient responded: 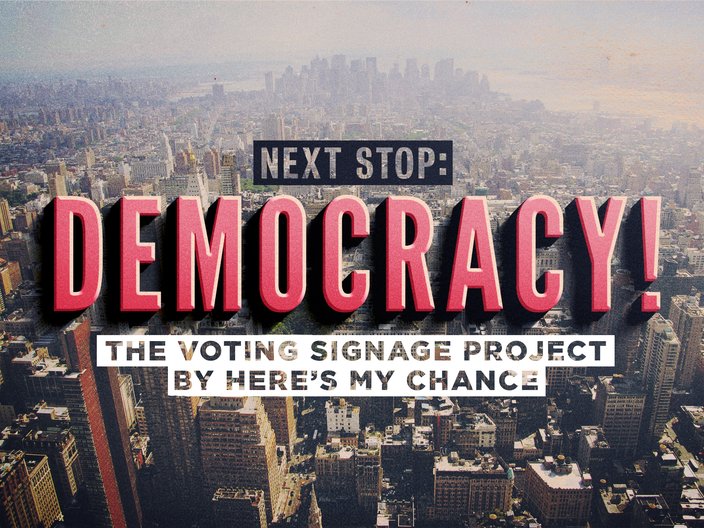 Here's My Chance will attempt a public art project during Election Day 2015 through what it dubs "place-making" and "way-finding" interventions. / Here's My Chance
Here's My Chance, a Northern Liberties-based creative agency, essentially answered the Knight Foundation with a question of its own: How can we improve the experience of voting?
The agency's solution is to develop a public arts program that employs local artists to create 60 handmade, engaging "Vote Here" signs that are tailored to a community and can be placed more prominently on the streetscape of precincts. The hope is that they'll prompt Instagram shares and make the all-around voting experience more enjoyable.
Lansie Sylvia, director of engagement for Here's My Chance and leader of the program, told PhillyVoice.com that the project, titled "Next Stop: Democracy!", aims to mitigate the uneasiness of walking into a precinct.
"Getting people in touch with a real, live person might be the best thing these signs do," Sylvia says. "We can't solve every problem with this, but if a person's on their way home and a sign says, 'Vote Here,' and it prompts them to think 'Am I registered?' then getting them to go in there at least puts them into the cycle -- you just have to get people in the door."
Sylvia says her agency will work with the Mural Arts Program's Restorative Justice Program and street-art photojournalist Conrad Benner, among others, to design the signs. (An open call for artists is coming soon.) She expects the signs to impact about 20 to 25 polling places in the city, covering most of the city's districts.
She says the program will also experiment with live music and dance performances meant to entertain and retain voters stuck in long lines. She's still ironing out the details of how many precincts will have performers but says she's already giving thought to how to get more granular and hyperlocal with how she picks performers for neighborhoods.

“I want something that is universally appealing, insofar as being sensitive to the fact that you might be in different neighborhoods with different languages and all sorts of stuff," Sylvia says. "I don’t think it would be right to say, ‘We’re doing only classical violinists!’ ... So maybe in South Philly you might have a Mummers band. And I may not know that band, but the neighborhood sure will."

Here's My Chance will collect data (using control precincts) during Election Day to determine the impact of the program. Sylvia hopes to scale the program accordingly after a thorough study of the results.

At the end of the day, she says, the project's ambition is simple: Get out the vote.

“I totally wish Election Day was a national holiday, but it’s not," she says. "So, the people who can’t start work late are who I’m thinking about: What can we do to make their lives easier? And if it’s just signs, then well, let’s give them some signs.”

Project: The "Pop-Up Pool Project" will attempt to transform Philly's 75 public pools and make them conducive to social engagement through low-cost improvements like added shade, planters, event programming and aesthetic changes like paint jobs. (Think: pop-up gardens without the beer.) The organization will start by picking one public pool as a pilot test this summer.
Funds Awarded: $297,000
Scout
Project: "South Philly's Stoop" will take the vacant space surrounding the now-closed Edward Bok Technical School in South Philadelphia and develop it into a "community living room" -- a play on Edward Bok, who coined the term "living room" in the first place. To be created: a dog park, a bus stop seating area and an education program for Southwark School students about the functions of a public living room.
Funds Awarded: $146,960
City Parks Association of Philadelphia
Project: "Urban Arboreta" will plant "urban forests" at vacant spaces in the city -- nurseries, put simply. Previously, trees for Mayor Michael Nutter's TreePhilly program were brought in from outside the city. This project aims to take advantage of the city's vacant lots to grow those trees locally and then replant them on sidewalks and in city parks. The program also will launch a tree-nursery education initiative for high-school students.
Funds Awarded: $65,000
Central Roxborough Civic Association
Project: The "Neighborhood Conservation Kit" will create a zoning designation that it dubs the "Neighborhood Conservation Overlay." The funds will be used to train other neighborhood organizations interested in implementing the designation, which is intended to keep neighborhoods walkable and fend off automobile-oriented neighborhood development.
Funds Awarded: $20,000
Mt. Airy USA
Project: The "Philadelphia Immigrant Innovation Hub" will develop low-cost space at 5700 Germantown Ave. that serves as a collaborative work environment and a High Point Cafe third-floor coffee shop for immigrant entrepreneurs from surrounding neighborhoods (the grant allows for membership credits, in addition to construction). The space and programming will launch in the fall.
Funds Awarded: $261,500
The Big SandBox Inc.
Project: "DIG Philly" will attempt to reinvent schoolyards by developing more above-ground play structures, creating stormwater management systems, constructing "learning gardens" and implementing raised garden beds for nutrition awareness over the course of 10 to 15 years.
Funds Awarded: $149,050
Philadelphia grant recipients will celebrate their projects Tuesday from 5:30-8:30 p.m. at Impact Hub Philadelphia, located at 1227 N. Fourth St.