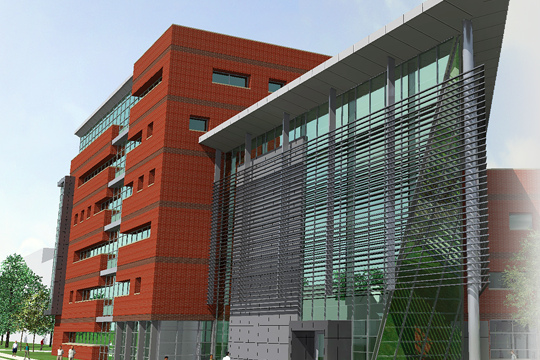 After more than two years of anticipation, students and faculty at La Salle University's School of Business finally inaugurated their new home Tuesday during a ribbon-cutting ceremony for the state-of-the-art, $35 million facility in North Philadelphia.

Billed as one of the most significant projects in La Salle's history, the 87,000-square-foot building is positioned to be among the most technologically advanced in the United States, featuring a completely wireless infrastructure, several computer classrooms and a sales laboratory to simulate real-world environments.

“This building is a testament to our faith and commitment to the future of our students’ successes, both in their careers and in contributing to the common good, and to justice," La Salle President Colleen Hanycz said. "It supports the Lasallian tradition of learning that is rigorous, experiential, ethical and inclusive.” 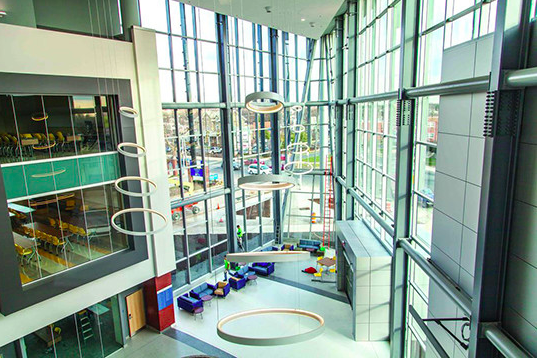 The new business building, located at the corner of Wister Street and Chew Avenue, was conceived as collaborative space with customizable classrooms and conferencing capabilities that can connect students to professional networks around the world.

“It’s exciting to see the all the technology and other amenities – the open spaces, simulation labs, and breakout rooms – that will foster an environment of collaborative learning, academic innovation, globalization, and teamwork required to succeed in today’s business world, as well as make significant positive impact in our communities,” said Stephen T. Zarrilli, Chair of the La Salle University’s Board of Trustees.

Highlighted features of the new facility include a 400-seat auditorium, a large atrium space, a corporate-style boardroom, and classrooms interspersed with faculty office to increase student access to educators and mentors.

Funding for the building came from a $20 million university investment and $13.2 million in philanthropic support. La Salle plans to hold a formal grand opening and dedication to recognize donors late this Spring or during the Fall 2016 semester.