Players promise to act as advocates for women 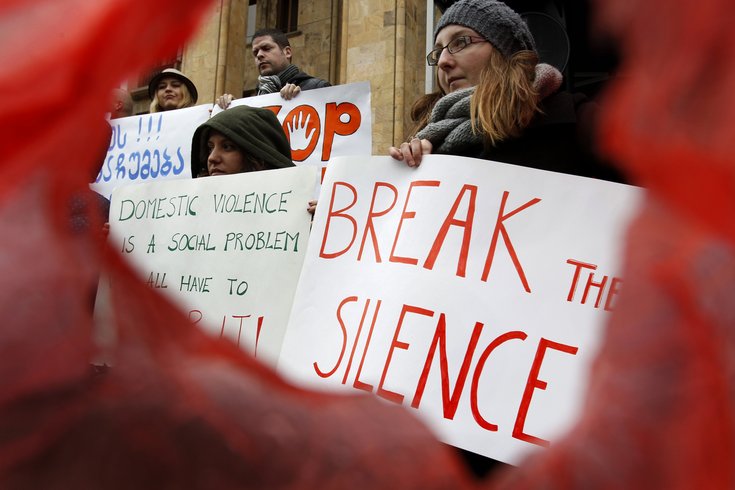 Demonstrators in Georgia held in a protest rally as a part of a campaign against domestic violence in the country.

Members of the men's lacrosse team at Brown University have signed a pledge against sexual violence, promising to advocate for the respect of women and to be on the lookout for perpetrators, according to Lacrosse Magazine.

“I want the lacrosse world to know that sexual misconduct, assault and violence is never tolerable, and we need to be leaders in preventing it from happening" - Lars Tiffany, head coach, Brown University men's lacrosse

This comes at a time when sexual violence and prevention have been a national topic of conversation, particularly with a focus on college campuses.

Campuses nationwide are also working to improve reporting methods and increase educational programs for students and employees about sexual assault. The White House has launched a national campaign, which includes requiring colleges to report statistics for incidents of dating violence, domestic violence and stalking.

The "Team Up" pledge reads:

I have been made aware of systemic problems of sexual violence on college campuses and elsewhere. These problems include behaviors that are unwanted, not mutually agreed to, lack conscious consent, involve coercion or manipulation by men against women. I realize that there are situations where I can assist those who are at a disadvantage against an aggressor.

To never use physical force or coercion against women.

To not joke about situations involving non-consensual physical contact.

To advocate for the respectful treatment of women.

To never be complicit in the acts of others that violate this pledge.

To be on the lookout for warning signs that a non-consensual act is taking place or going to take place.