Chilling commercial based on real 911 call 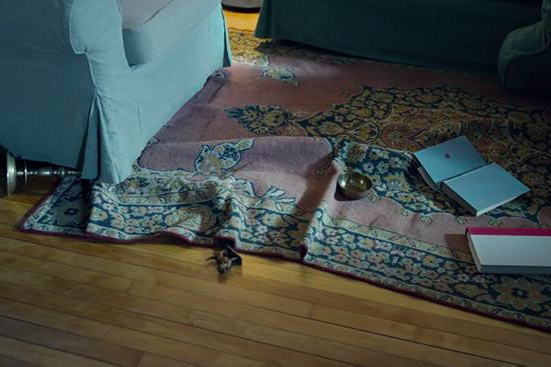 Following a year of criticism and controversy surrounding the issue of domestic violence, the National Football League will run a chilling Super Bowl ad focused on the subject.

The unsettling, 60-second commercial features audio based on a real 911 call and images of a home where violence has clearly taken place. The camera pans through the house, showing broken picture frames and cracked walls.

A woman calls 911 asking to order a pizza for delivery. The male operator is confused at first, but he soon realizes that the caller's strange request is actually a cry for help.

Unable to stay on the line, the woman hangs up after the operator assures her that help is on the way. The clip ends with a simple message: "When it's hard to talk, it's up to us to listen."

The ad looks to raise awareness of the “No More” campaign, which aims to put a stop to domestic violence and sexual assault.

According to CNN Money:

NoMore.org ran dozens of public service commercials during the football season paid for by the NFL, featuring stars like Eli Manning knocking down excuses for domestic violence, saying "No more boys will be boys," and "No more it's just the way he is."

The total value of the airtime donated, including the Super Bowl spot, is about $50 million, said NFL spokeswoman Clare Graff.

The NFL was heavily criticized for its handling of Baltimore Ravens' Ray Rice's assault of his then fiancée, now his wife, last year.