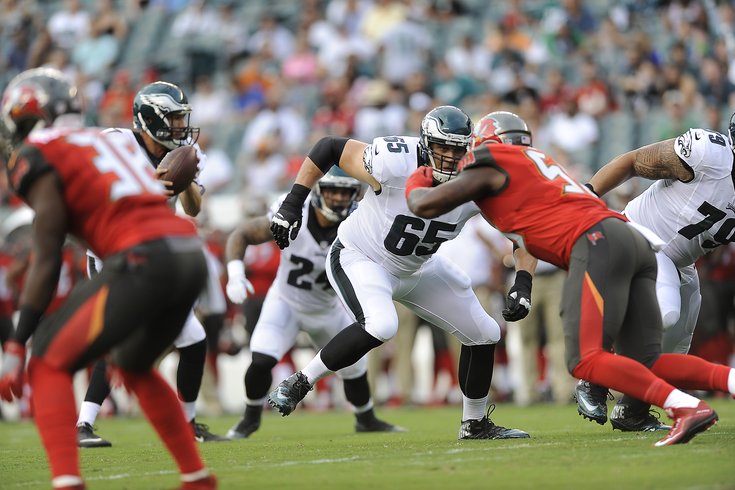 "You must find Lane's 'B sample' by the next full moon."

Has anyone seen Lane Johnson's "B sample?" If so, it would helpful for the Eagles to know if it is contaminated with the same PEDs that were in the initial test Johnson reportedly failed. And if indeed those illegal substances are in the "B sample," which Johnson believes is a foregone conclusion, it would be helpful if confirmation of that could be achieved sooner than later.

Back on August 13th, Johnson said that he expected those results to be back within two-to-three weeks:

Lane Johnson said his "B sample" won't be back for 2-3 weeks.

And then on August 22nd, Johnson expected the result to be back by the end of the week. It's now August 30th, and Johnson's "B sample" is nowhere to be found.

Until the results of the "B sample" are known for sure, the Eagles are in a difficult spot. In between Week 1 and 2 of the preseason, the Eagles re-shuffled their starting offensive line in preparation of Johnson being suspended for 10 games. They moved Allen Barbre out to RT from his original spot at LG and filled in a combination of Isaac Seumalo and Stefen Wisniewski at LG.

Johnson will not be suspended until results of the "B sample" are received, and Doug Pederson intends on starting him at RT if they haven't heard anything by the start of the regular season.

"This is something that we wrestle with every day," said Pederson. "Offensively, we have to have a plan ready to go. If he's ready to go, then he's our guy. He's got plenty of reps in training camp.

"We've got to cover all our bases one way or the other."

While Johnson did indeed have plenty of reps in training camp, he has been practicing with the second team offense for more than two weeks on an offensive line that is already severely lacking continuity.

In a scenario in which Johnson would be available Week 1, Pederson said that Barbre move back to his original spot at LG.