The proposed agreement will allow Johnson & Johnson and distributors to 'escape real accountability,' he said 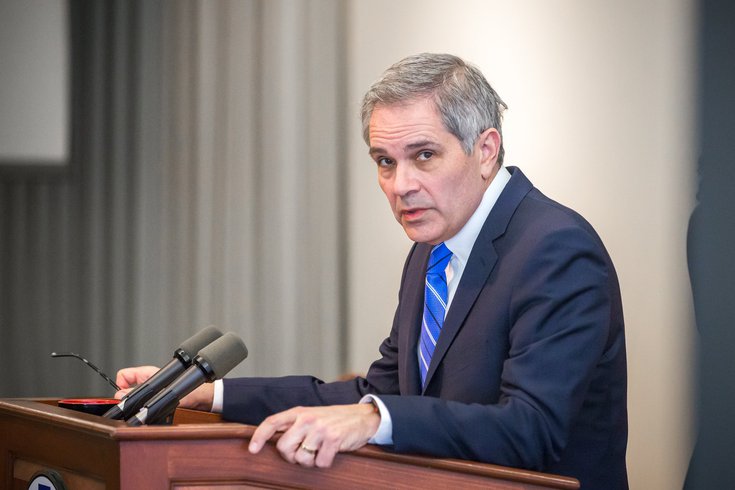 Philadelphia District Attorney Larry Krasner has filed a lawsuit against the Pennsylvania Attorney General's Office 'to make clear that Philadelphia’s people, its rights, its elections and the decisions made by the officials Philadelphia elects matter.'

The lawsuit was filed to prevent Attorney General Josh Shapiro from interfering with any cases brought by the district attorney's office against opioid defendants, Krasner said. The city sued opioid defendants in 2018 and has been litigating the issue for more than two years, he said.

"We were forced to file suit against the A.G.'s Office [Thursday] to make clear that Philadelphia's people, its rights, its elections and the decisions made by the officials Philadelphia elects matter," Krasner said.

"Cities and municipalities in other states are taking these companies to court. They are winning, and winning much larger amounts that must be paid quickly and are guaranteed."

Krasner also accused the Shapiro's office of attempting "to treat Philadelphia as a colony that has no agency to pursue justice and safety on its own."

As part of the settlement, Philadelphia would receive $5-8 million per year over an 18-year period, Krasner said. However, he warned that the city may not receive the full payment it is owed or on time — if at all.

Distributors brought over 518 million prescription pills to Philadelphia from 2006-2014, according to the Washington Post.

Pennsylvania stands to receive a maximum payment of about $1 billion with full participation from local governments. The funding would be put toward treatment programs and relief for impacted families.

"No amount of money, no number of sanctions, will be able to right these wrongs," Shapiro said Wednesday. "But this settlement puts in place controls that will go a long way to make sure that this never happens again, and the money that will come to Pennsylvania will help offer and expand life-saving treatment options across our commonwealth."

In Philadelphia, opioid-related overdoses accounted for approximately 85% of fatal overdoses in the city in 2020, led by the rise of fentanyl. An average of three residents die per day from opioid overdoses, according to the district attorney's office.