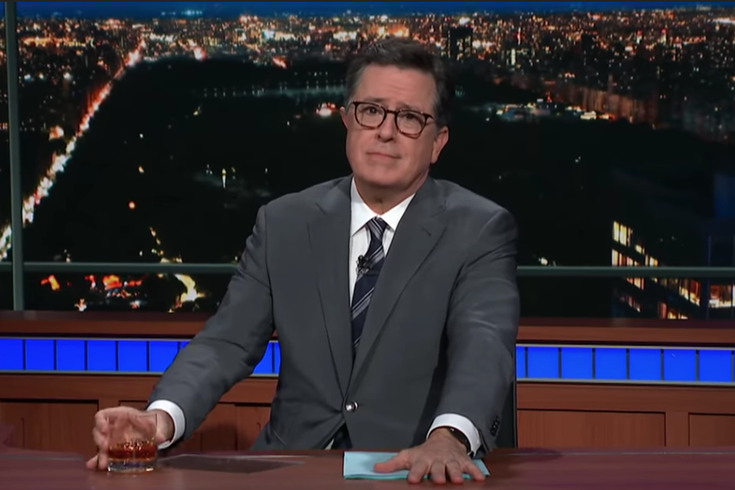 "The Late Show with Stephen Colbert" was live on election night, Nov. 6.

“The Late Show with Stephen Colbert” featured a special live episode on Tuesday night to cover the midterm election results. The monologue started off with some light banter before Colbert declared that “with 100 percent of Fox News reporting, the Democrats will take control of the House of Representatives.”

A clearly excited Colbert joked, “They can now open investigations into the president. And we’ll finally find out if Donald Trump has ever done anything unethical.”

Adding, “The Democrats have taken control of half of one of the three branches of government. All the GOP has is the other half of Congress, the Supreme Court and a president who does whatever he wants.”

He talked through some of the major races, including the New Jersey Senate race between Bob Menendez and Bob Hugin.

“And in the New Jersey Senate race, Bob Menendez, who is indicted for corruption and accused of underage prostitution, has defeated challenger Bob Hugin. Proving you cannot keep a good man down…or Bob Menendez. Congratulations to the devil you know.”

When the monologue wrapped, Colbert went back to his desk and discussed the disappointment he felt during the 2016 live show. Though, he said he was prepared this time, showing a bottle of bourbon and a red box with glass labeled "In case of emergency break glass for glass."

He goes on to mention the results of the Texas senate race, noting Ted Cruz's defeat of Beto O’Rourke, and gets up, saying, “Hold on one second." Grabbing the red box, he begins breaking the glass with the bourbon bottle.

After he pours himself a glass, he says, “Then again, why wouldn’t Ted Cruz win in Texas? Because at the end of the day, real cowboys only love three things: barbecue, rodeo, and Canadians who went to Princeton and Harvard.”

He adds, “Once again, Ted Cruz defeats Beto O’Rourke. Although, by not being Ted Cruz, Beto – still a winner.”