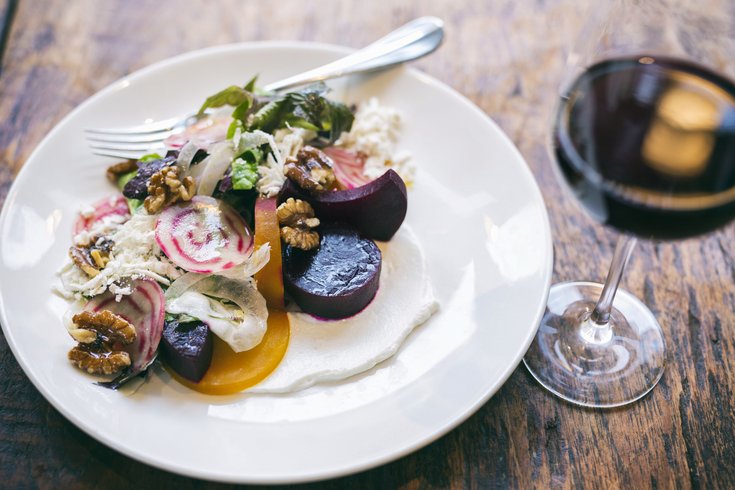 Eating your way through the coveted Italian dishes at East Passyunk’s Le Virtù restaurant just got a lot more accessible thanks to three brand-new tasting menus with favorable price points.

Long celebrated for its Abruzzo region cuisine, sourcing ingredients either from nearby suppliers or imported from the Italian region, Le Virtù is making moves to make their menu easier for more people to try. Starting Monday, January 8, diners can stop in for multi-course tasting menus, each around $50 per person.

This is a great deal considering a single Le Virtù entree can often be more than half that price point. The sampling options are also a great solution for when you're in the mood to try a little bit of everything.

The first tasting menu is Pasta Tasting, or Assaggio di Pasta. For $45, guests score half-portions of no less than seven kinds of pasta, including the nightly pasta special as well as all the others on the restaurant's primi menu.

For the same price point you can also try the Gourmet Menu -- Menu del Buongustaio -- which provides a salumi or cheese starter, plus choice of any antipasto, pasta, and dolce.

Next is the Feast Menu, Menu del Cenone, offering the same options as the Gourmet menu, plus your choice from the secondo menu, for $55. Just to be clear, that means you’re getting five four-star courses for $11 each.

The change comes just six months after Chef Joseph Voller took the reigns at Le Virtù, replacing Chef Joe Cicala, who was with the restaurant for seven years.

“We can honestly say that this is the best menu we’ve ever produced, a vibrant combination of authenticity and imagination. And we’d like to make it as accessible as possible to everyone.”

The new menus come shortly after the restaurant announced its partnership with Local 130 Seafood, a supplier in Ashbury Park, NJ.

The new tasting menus will be available at the restaurant Mondays through Thursdays.