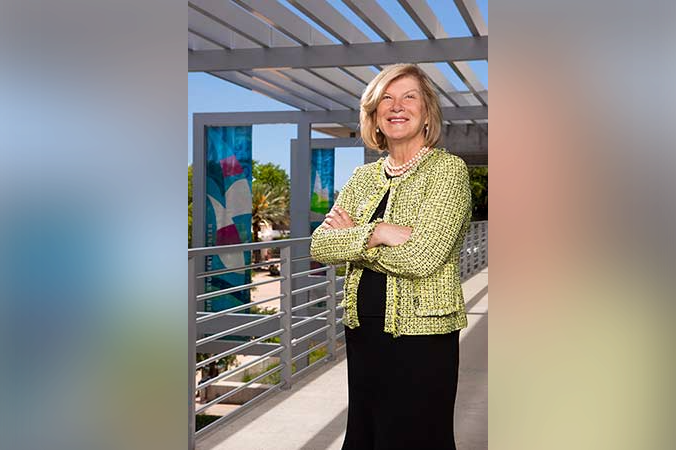 Sophia Wisniewska, who formerly held positions with Temple University and Penn State University, resigned from her position as regional chancellor at the University of South Florida St. Petersburg after fleeing from that school's campus ahead of Hurricane Irma.

A leader of a Florida university who previously served in prominent positions at Temple University's Ambler campus and a local branch of Penn State University has recently resigned from her role after facing controversy for fleeing campus as it prepared for Hurricane Irma.

University President Judy Genshaft asked Wisniewska in an email sent around 4 p.m. on Sept. 9 if she had walked the school grounds and checked on the status of those still on campus as well as for her own location.

About seven hours later, Wisniewska responded and seemingly suggested that she had stayed on campus.

“As I walked around the USFSP campus, I heard more birds chirping than students talking,” Wisniewska wrote back, according to a copy of an email obtained by The Washington Post. “The campus is very quiet. I stopped to speak with a student studying for her MCATs, listened to two skateboarders discuss environmental issues, and peeked into the Tavern as they were preparing to close for the weekend. I also stopped by police services.”

Wisniewska sent a follow-up email the next morning that broke down weather reports, preparations for essential personnel and the status of "10 student holdouts."

"P.S. Last night, I arrived in Atlanta where I will stay for the next two days," she added at the bottom of the email.

Genshaft's chief of staff quickly replied, "Are you in St. Pete?"

Prior to her position at the Florida university, Wisniewska served as chancellor of Penn State Brandywine and as dean and CEO at Temple University's Ambler campus, where she began in 1999.

The drafted termination letter uploaded by the Post explained that it's the chancellor's top priority to use his or her best judgment to ensure student safety. The letter also criticized Wisniewska's delayed evacuation response during Irma's shifting patterns that posed a risk to the campus and scolded her for failing to alert the proper officials of her decision to leave the state.

"No one is expected to remain vulnerable in a dangerous situation, but it is expected that the Regional Chancellor will recognize that a clear chain of command must be established and that emergency operations and communications expertise are vital before, during and after a natural disaster," the letter stated.

Wisniewska pushed back, telling the university that she left after ensuring that residence halls were closed and emergency teams had guidance.

"I strongly reject any question of my leadership during Irma and my leadership during my tenure at USFSP," Wisniewska wrote in a text message to the Tampa Bay Times. "Certainly, I did nothing to warrant firing for cause. . . . I resigned this evening without hard feelings and with optimism for the future. My only regret is that I was unable to achieve all of our goals for USFSP."

The resignation agreement alleged no wrongdoing on behalf of either party. Wisniewska is set to be paid her salary of $265,000 for 60 days and then at a faculty salary rate until spring, according to the Tampa Bay Times.