The Philadelphia roadway is notorious for deadly crashes 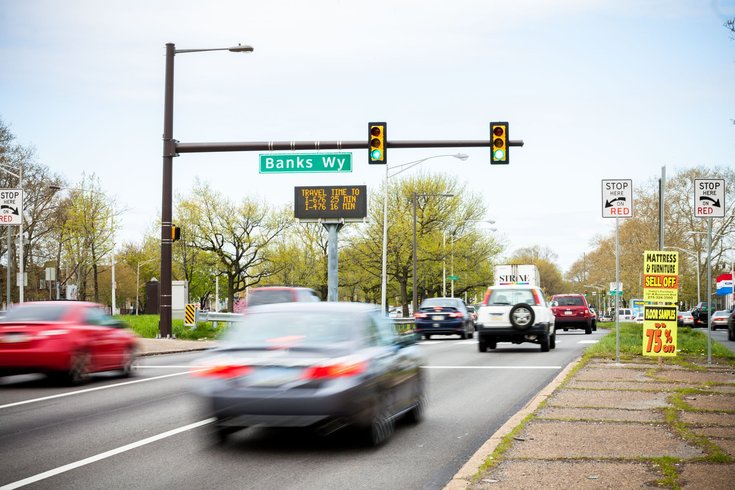 Motorists speeding along Roosevelt Boulevard could soon be nabbed by speed cameras — if the Pennsylvania Legislature votes to approve an automated speed enforcement system along the Philadelphia roadway.

House Bill 2233, introduced in late June, would create a five-year pilot program to enforce speed limits by installing a speed camera system along the Boulevard, a busy highway notorious for deadly crashes. Speedsters caught traveling at least 11 mph above the posted speed limit would be fined $150.

Pennsylvania law currently requires police officers to issue speeding violations. Cameras have been used to enforce red light violations, but the state has not authorized their use to detect speeding.

Proponents say speed camera systems improve safety, pointing to research indicating that cameras have reduced speeding and crashes on other roadways. Opponents question their effectiveness and accuracy, arguing the cameras are predatory solutions that do not best address the safety issues at hand.

The 12-mile Boulevard remains one of the most dangerous roadways in the city. The 12-lane divided highway passes through neighborhoods and by schools, where pedestrian crossings are frequent. Motorists often exceed the speed limit, which maxes out at 45 mph.

There have been more than 3,000 reportable crashes on the Boulevard during the last five years, according to acting Streets Commissioner Michael Carroll. They have resulted in more than 50 fatalities, including 20 pedestrians.

Those numbers have the Transportation Committee considering a speed camera system that would utilize light detection and ranging devices, known as LIDAR, to detect speeding motorists. Speed cameras are used in 142 communities across 24 states.

There already are several cameras along the Boulevard that ticket motorists for running red lights.

"We have had some horrific deaths over the past 10 years on that highway and it keeps getting worse," said Committee Chairman John Taylor, R-Philadephia, the prime sponsor of the legislation. "This is not a new concept at all. ... We basically are interested in slowing people down."

The legislation is supported by the Philadelphia Police Department, the city's Office of Transportation and Infrastructure Systems, AAA Mid-Atlantic and the Bicycle Coalition of Greater Philadelphia, among others. The National Motorists Association opposes it.

Sarah Clark Stuart, the coalition's executive director, noted that six people have died from crashes on Roosevelt Boulevard this year, including five pedestrians.

Yet, Earle Drack, an engineer from Spring City, Chester County, questioned the fairness of the bill. He said motorists lack an opportunity to challenge the accuracy of the speed cameras, despite cases of flawed readings in other states. He also questioned why the bill does not require an independent third party to evaluate the speed cameras for accuracy and reliability.

"I would hope that everyone present today agrees that Pennsylvanians should not have to choose between safety and fairness," Drack testified. "With a bit of thought and effort, and without undue reliance on or influence from device manufacturers or private program administrators, we can and should craft better legislation."

Taylor acknowledged that the bill will be subject to revisions and amendments before being voted out of committee. One of them likely will seek to implement a graduated scale for fines.

As the bill stands now, the registered owner of vehicles caught speeding would be mailed a violation within 30 days of the violation. It would include an image of the vehicle and indicate the date, time, and location of the violation.

Violations would not be made part of the driver's record or be subject to rating for insurance purposes.

All fines would be paid to the state, with proceeds benefiting the Motor License Fund, which supports roadway and bridge projects. No money generated from fines would be dispersed to municipal governments.

"This is not about revenue," Taylor said. "It's not about money. It's about safety. We are merely interested in having less people killed or hurt on one of our major roadways."

Ten people testified at the hearing. Nine of them called for the bill's passage, including Latanya Byrd, the aunt Samara Banks, who was killed along with three of her four children by a drag racer as they walked across the Boulevard in 2013.

Byrd said she sees cameras as just one part of the solution to making Roosevelt Boulevard safer.

At least one advocacy group contends there are better ways to improve safety along the Boulevard than by installing speed cameras.

The National Motorists Association advocates for improvements to the Boulevard's infrastructure and increasing speed limits to the 85th percentile speed of free-flowing traffic. In other words, the speed limit should match the speed of 85 percent of motorists along a given roadway.

No one from the group testified at the hearing Friday, but Thomas McCarey issued a press release decrying speed cameras as a political "money grab."

"The profit motive of speed cameras encourages the government to ignore safe alternatives," McCarey said. "Because of their huge revenue potential, speed cameras are used as a heavy-handed substitute for sound engineering approaches which can be more effective than speed cameras at making roads safer."

Yet, Committee Vice Chairman William Keller, D-Philadelphia, said any thoughts of completely redesigning the Boulevard, which was built as a scenic drive in the early 1900s, are far-fetched.

"You can't just rip that road up," Keller said. "We know it's financially impossible to rip it up and redesign it. We have to find other ways to do it."