Letter to Ross: We challenge your assertions that police did nothing wrong 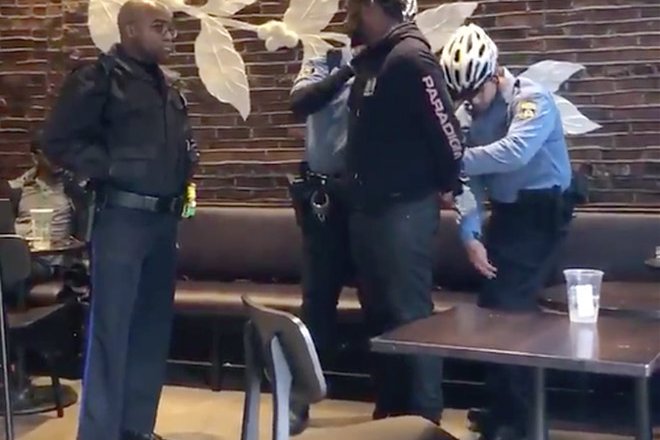 The following letter to Philadelphia Police Commissioner Richard Ross is republished at the request of the Black Women's Leadership Council. Ross on Thursday gave an apology over the incident.

RE: Starbucks and Philadelphia Police

The Black Women’s Leadership Council joins with other concerned Philadelphians regarding the events of last Thursday, April 12, 2018, wherein two African-American men were arrested for their presence in the Starbucks at 1800 Spruce Street, Philadelphia.

You were quoted in the media as stating that “said police asked the men to leave three times but they refused, and they were then arrested but were later released after the company elected not to prosecute.” You said the officers "did absolutely nothing wrong" and were professional in their conduct toward the individuals but "got the opposite back."

You further stated that "As an African-American male, I am very aware of implicit bias; we are committed to fair and unbiased policing." And added, "If a business calls and they say that 'Someone is here that I no longer wish to be in my business' (officers) now have a legal obligation to carry out their duties and they did just that."

The police were not mandated to arrest these young men even though they were called by Starbucks to do so. The United States Supreme Court held more recently under Castle Rock v. Gonzales, 545 U.S. 748 (2005) that police did not have a constitutional duty to act or arrest.

While that case pertained to a enforcement of a restraining order, it does stand for the position that the police do not have to act on command of an individual. As the late Justice Antonin Scalia wrote in his opinion in this case, "a well-established tradition of police discretion has long coexisted with apparently mandatory arrest statutes."

Second, Title II of the Civil Rights Act of 1964 prohibits discrimination because of race, color, religion, or national origin in certain places of public accommodation, such as hotels, restaurants, and places of entertainment. There are also state, and local public accommodations laws that must be followed in the City of Philadelphia and the Commonwealth of Pennsylvania.

Accordingly, the police cannot upon request of a property owner carry out a request to discriminate against a protected member of the public and use as a excuse “the owner asked me to do it....” Starbucks has, as part of their company philosophy, the Third Place concept. The official comment on this idea was:

There is no reason that six to seven police officers were required to remove two men in a coffee bar who were not resisting arrest to address this situation.

"We strive to create a welcoming environment for all of our customers. We do not have any time limits for being in our stores ... (See here.)

If the custom and policy is applied differently toward African-Americans, then this would clearly be in violation of federal, state and local discrimination and public access laws.

Third, the Philadelphia Police must adopt and implement de-escalation of force policies if they have not been adopted to date. There is no reason that six to seven police officers were required to remove two men in a coffee bar who were not resisting arrest to address this situation.

The situation as recorded could have had one police officer with support as necessary, appear on the scene, assess the situation fully, evaluate possible outcomes and use efforts to de-escalate and not escalate the situation.

The recent report of the National Consensus Policy On Use Of Force, highlights guiding principles for law enforcement to de-escalate use of force. These guidelines teach how officers can reduce force by backing off in situations where immediate action is not mandated by law or required for officer or public safety. There were clearly no apparent public safety issues in the Philadelphia Starbucks case.

You discussed in your public statement this past weekend that you were supportive of implicit bias training for your force. Is it part of training for every officer? The Pennsylvania Commission on Crime and Delinquency can be a source of funding for this training, if it is not already supporting your agency in this endeavor.

In order to build community trust with the police, it must not appear that members of any community are discriminated against in their efforts to keep all communities safe.

We look forward to meeting with you to discuss this further and request a meeting in the next seven (7) days.

Thank you for your attention and consideration.