New Jersey banned the discredited practice in 2013; Pennsylvania law still permits it, but many municipalities have outlawed it 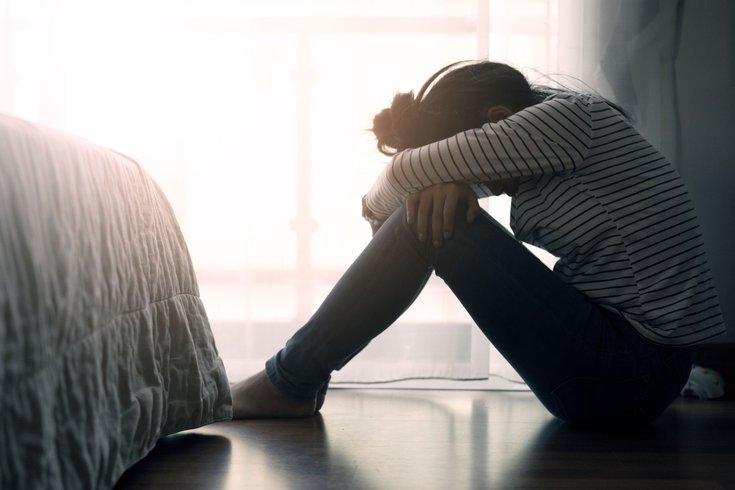 LGBTQ people who experience conversion therapy have a higher risk of suffering from depression, suicide attempts, substance use, and mental distress, according to a new study.

LGBTQ people who experience conversion therapy — a discredited practice that seeks to "cure" homosexuality — are at high risk for developing serious mental health issues, like depression, substance use and suicide, according to a study published Monday.

The study adds to a collection of research on the harmful impacts of conversion therapy, which sometimes begins at a young age.

Researchers found that 47% of LGBTQ people who received conversion therapy suffered severe psychological distress, compared to 34% of those who did not undergo the practice.

LGBTQ people who underwent conversion therapy also were more likely to experience depression (65% to 27%), develop substance use issues (67% to 50%) and attempt suicide (58% to 39%).

Sexual orientation and gender identity change efforts (SOGICE) are "dangerous, discredited" practices rooted in the false belief that being LGBTQ is a compulsive, mental disease, the researchers wrote.

Conversion therapy can occur in group or individualized counseling, as well as inpatient treatment. It often is administered by religious organizations or church officials, with prayer viewed as a simple, "reparative" treatment.

Conversion therapy, according to the researchers, reinforces societal stigmas by promoting the rejection of LGBTQ identities, and can often lead to exacerbated stress and compounded guilt on those who are experiencing it.

"I think often parents, they're not trying to hurt their kids, or they think they're trying to help them," Sean Cahill, director of health policy at the Fenway Institute, told CNN. "I think it's really important for parents to know that if they have their child do conversion therapy, their child has a greater odds of experiencing serious psychological distress, depression, substance use and suicide. I think a lot of parents would not be happy to hear that."

The study also detailed another, less discussed aspect of conversion therapy — its heavy cost on society. Researchers found that conversion therapy of 4.5 million LGBTQ youths in the United States costs the country around $650.16 million annually.

When added to the already hefty cost of treating the harms caused by the practice — like substance use and suicide attempts — that number jumped to $9.23 billion per year.

"I think we have long said that conversion therapy efforts are damaging, on top of being in vain," Mike Parent, director of the Gender, Sexuality and Behavioral Health at the University of Texas at Austin, told CNN. "But the study is asking a different kind of question and shows not only is this damaging to the individual, it ends up costing society money, too."

Researchers note that there is already a wealth of understanding among reputable medical organizations discrediting conversion therapy outright, largely on the basis that the practice is discriminatory and harmful to those who experience it, often in childhood.

They note that minority stress — the disproportionate health impacts among marginalized people — plays a major role in the mental health effects of conversion therapy, and reinforces guilt over LGBTQ identity that can lead to detrimental outcomes.

Currently, 20 states and the District of Columbia have banned conversion therapy. Another five states, plus Puerto Rico, have instituted partial bans on the practice.

In 2013, New Jersey became the second state to enact a full-scale ban of conversion therapy.

Pennsylvania has not outlawed it, but 100 municipalities have prohibited the practice through their own ordinances.

In 2017, Philadelphia voted to ban conversion therapy for minors, noting that respected health authorities like the American Medical Association have long declared homosexuality is not a medical condition.

There is pending legislation in Harrisburg that would ban the practice statewide, but it has stalled since its introduction in January 2021.