The legal response to abuse or the minimization of trauma can also lead to adverse health effects, experts say 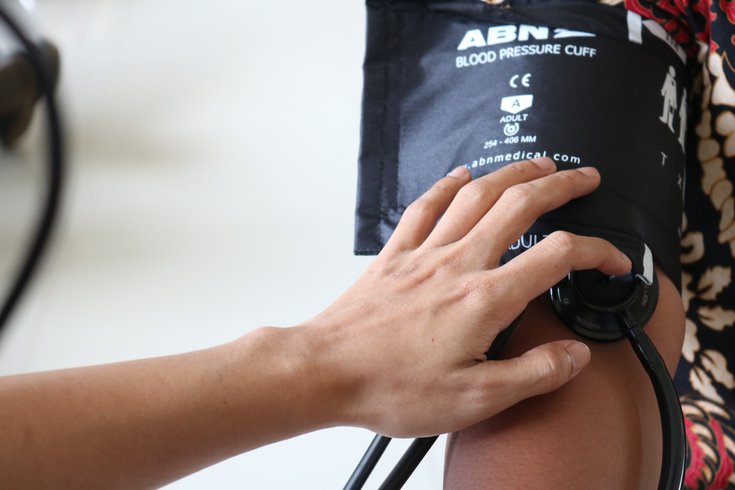 Women who experience sexual assault are at a higher risk of developing high blood pressure, according to a recent study which adds to mounting research on the physical effects of sexual trauma.

Women who have experienced sexual assault or workplace sexual harassment have a higher risk of developing hypertension compared to those who have not been exposed, new research shows.

Published in the Journal of the American Heart Association, the study's findings add to a growing collection of data on the mental, emotional, and physical long-term effects of sexual abuse and sexual violence on women.

The study began in 2008, when Harvard University researchers collected data from a survey of more than 33,000 women. None of the participants had a history of hypertension or heart disease, and were asked whether or not they had experienced sexual assault or workplace sexual harassment.

The questions were part of the Nurses' Health Study II, one of the largest-scale studies on the origins of chronic illnesses in women.

Of the participants, 23% said that they had experienced unwanted sexual contact, 12% reported workplace sexual harassment, and 6% reported both.

During a 2015 follow-up, about 21% of women reported that they had developed high blood pressure. The bulk of the women who participated in the study were white and between the ages of 43 to 64.

Over the seven-year follow-up period, women who experienced both sexual assault and workplace sexual harassment were at the highest risk of developing long-term high blood pressure.

"Sexual assault and workplace sexual harassment are common experiences among women that are not currently appreciated as risk factors for their long-term cardiovascular health," Rebecca Lawn, lead researcher at the Harvard T.C. Chan School of Public Health, told Verywell. "Given that hypertension is an important risk factor for cardiovascular disease, the leading cause of death in women, our results may help early identification of factors that influence women's cardiovascular health long-term."

Lawn and other researchers say that additional studies are needed to determine the impacts of sexual assault and workplace sexual harassment on women of different age groups, as most of the women surveyed were middle-aged.

Sexual assault has a long history of psychological and physical effects

A 1992 study in the Journal of Traumatic Stress found that 94% of women who are raped go on to develop symptoms of post-traumatic stress disorder (PTSD) within the first two weeks following the incident.

Approximately 70% of rape or sexual assault victims experience moderate to severe distress, according to research from the Department of Justice. That is a larger percentage than for any other violent crime.

The physical effects are prevalent as well. A 2018 study from the University of Pittsburgh found that women who experienced sexual assault and other forms of sexual violence were more likely to suffer from depression, anxiety, insomnia, and high blood pressure later in life than those who did not experience similar trauma.

A more recent Pittsburgh study found that those who have experienced sexual trauma have greater white matter hyperintensities, which are markers of disruptions in blood flow that can lead to brain damage.

Seeing these white matter hyperintensities on MRI scans can be an indicator of small vessel disease, which has been linked to stroke, dementia, and cognitive decline, said Rebecca Thurston, lead researcher and University of Pittsburgh professor.

"It's almost like your body has a memory that may not be fully manifesting through psychological symptoms," Thurston told CNN. "The sexual assault also leaves footprints of the trauma in our brains and our bodies."

Experts have also noted that the legal response to sexual abuse or the minimization of trauma can have an impact on the survivor – including increased stress and anxiety – which can lead to adverse health effects.

“Sexual assault and harassment are often underreported and minimized by others,” Mary Sanchez, a licenced marriage and family therapist, told Healthline. “Women might hear comments such as, ‘That didn’t happen to you,’ or ‘That doesn’t count.’ But trauma is trauma, and only the person who experienced it can define their trauma. What might not seem like a big deal to one person can be a crisis to another.”

Depression, self harm, substance abuse, sexually transmitted infections, dissociation, panic attacks, eating disorders, sleep disorders, and suicidal ideation are just some of the immediate and long-term effects of sexual abuse, according to RAINN.

Those who believe they may have been the victim of sexual abuse can contact the National Sexual Assault Telephone Hotline at (800) 656-4673.