'Philly Grown' celebrates talent in music and hospitality, with weekly curated menus from chefs around the city; concert tickets are $15 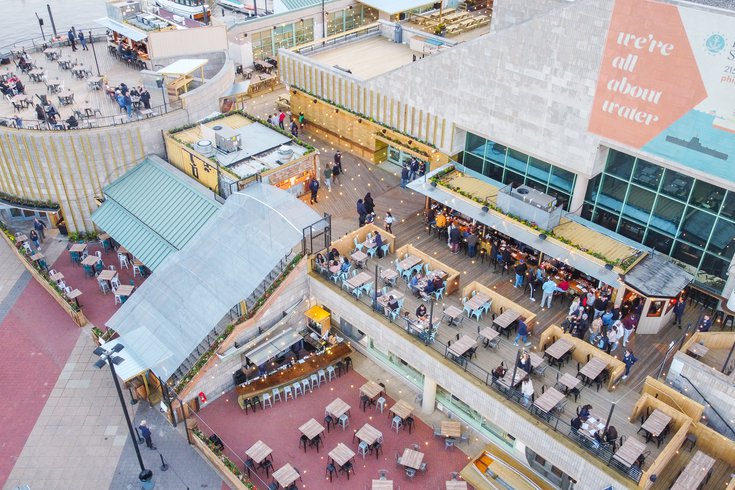 Liberty Point is set to host a weekly food and concert series each Tuesday night from July 5 through Aug. 30. Each week, people can check out a Philly-area band for $15 and make Resy reservations to enjoy a curated menu from a chef.

Liberty Point, the sprawling 1,400-seat restaurant that opened along the Delaware River waterfront earlier this year, is hosting a summer food and concert series every Tuesday night through Aug. 30. Different performers and chefs are being featured each week.

The "Philly Grown Food and Music Series" is part of a larger effort by Delicious City Philly — a food and restaurant podcast centered on Philly's food scene — and Avram Hornik's Philly Independent Productions to celebrate the city's food and music scene while supporting local chefs.

"Delicious City Philly's entire premise was built on celebrating the dynamic Philly food scene, while building community within it to support and uplift an industry that has been through so much in the past couple years," said Eli Kulp, organizer and host of Delicious City. "With this being the first summer in over two years that we feel great about gathering, it's the perfect time to combine our shared love of food and music to throw a great Philly Grown party, which is exactly what this city needs right now."

Concert tickets cost $15, but do not include food and drink. Concertgoers are encouraged to grab a Resy registration in advance, as each chef is curating a limited-edition menu. New reservations will become available at noon on Wednesdays and detail information about the upcoming week's guest chef and menu options.

The doors open each Tuesday at 6 p.m., with food and drink available for the duration of the concert. The series kicks off Tuesday, July 5 with a performance from Kensington Clearwater Revival and a special "Indicreedence Day" special from chef Eli Kulp.

Other chefs to be featured include Randy Rucker from River Twice, Ari Miller from Musi, Kiki Aranita from Poi Dog, Jennifer Zavala from Juana Tamale, Chad Rosenthal from Lucky Well, Ange Branca from Kampar Kitchen, and Cliff Webb and Jesse Brown from Johnny Brenda's. Others will be announced throughout the summer.

Twenty percent of ticket sale proceeds will be donated to the National Network of Abortion Funds, an organization that works to remove financial and resource barriers to abortion access nationwide. On the first night, 100% of food proceeds will also be donated to NNAF.