Liberty Square project back on radar in South Kensington 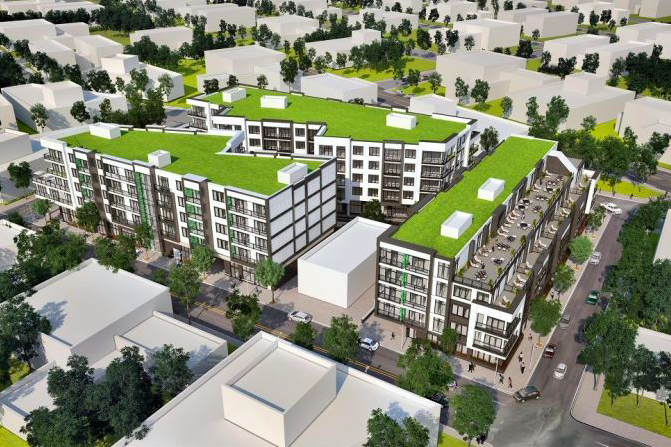 A massive project in South Kensington that had seemingly fallen off the map is evidently ready to move forward, potentially reviving another plan that has generated backlash in recent years among local neighborhood groups.

As time passed without any sign of construction activity, many wondered whether Liberty Square would ever materialize following an initial burst of demolition work at the planned location. According to Naked Philly, there is now a construction fence and heavy machinery at the site at 1203 Germantown Avenue.

Blackstone Development, the team behind Liberty Square, has multiple renderings and a description of the project posted on its website. Set on a 290,000-square-foot lot, Blackstone will oversee the construction of three large, green-roofed buildings that together form a courtyard on what the developer calls the northern border of Northern Liberties. 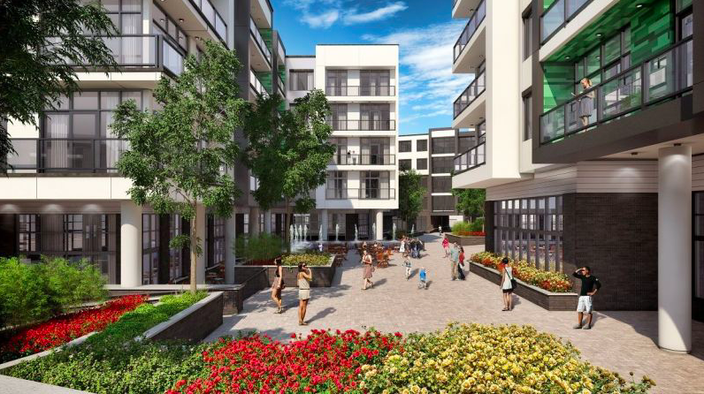 
A timeline for the project's completion isn't yet clear, but its progress could herald the revival of Soko Lofts, a more contested proposal that originated years ago and stalled under urban redevelopment and preservation specialists Canus Corporation. When the lot at 1300 N. Second Street was later sold to The Klein Company, neighbors objected to the developer's conversion of a designed public throughway into a gated private passage. 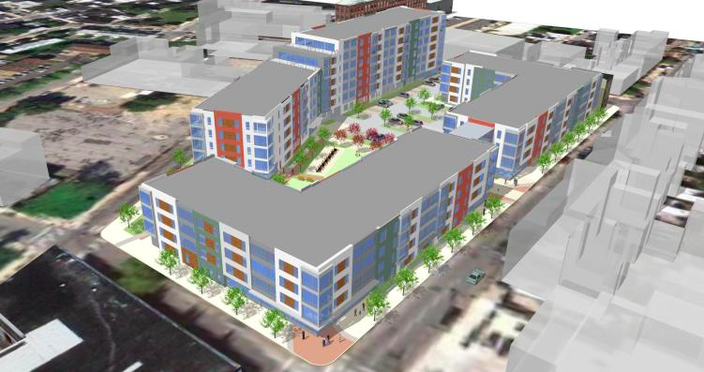 Last summer, Philadelphia's Civic Design Review board approved zoning changes for Soko Lofts, opening a path forward for a huge proposal that includes 320 apartments, 207 parking spaces and retail at its northwest and southwest corners. Since then, there's been little to no movement at the site.

The area's recent development craze has hardly been lost on anyone there. These larger projects indicate that earlier plans to add high-end density to Kensington are returning to the foreground.