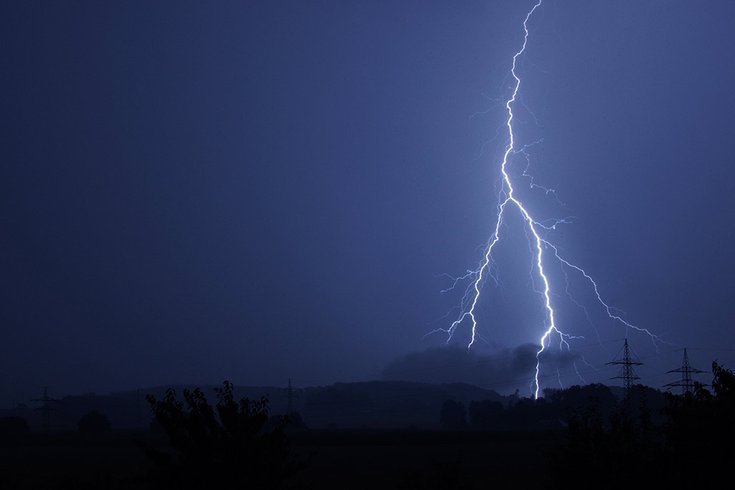 A New Jersey lifeguard was killed after being struck by lightning Monday in a storm that injured seven others.

Lightning struck an Ocean County beach Monday afternoon, killing a lifeguard and injuring seven others at the Island Beach Park in Berkeley Township, according to authorities.

A cluster of storms had moved over the area Monday and lightning struck down near the aluminum lifeguard stand near 21st Avenue.

Vince Ruffolo told NBC10 that he was relaxing on the beach when he felt a jolt that made him drop to the ground and filled the air with an "odor like burning hair."

The lightning killed the lifeguard, who was not identified, and injured another lifeguard and six beach goers.

"Our hearts are with the family and friends of the young lifeguard killed by today’s horrific lightning strike on the beach in Berkeley Township, and we pray for a full recovery for those injured," New Jersey Gov. Phil Murphy tweeted.

All seven survivors reported they experienced headaches, dizziness and hearing issues and were transported to the hospital for treatment.

The chances of getting struck by lightning are one in 500,000, according to the Centers for Disease Control and Prevention.

So far this year, there have been nine confirmed lightning fatalities in the U.S., according to the National Lightning Safety Council. The last lightning-related death in New Jersey happened on June 9 at a country club in South Jersey.

According to the National Weather Service, lightning strikes impact an individual's nervous system the most and can cause cardiac arrest at the time of the incident.

Males are also five times more likely than females to be struck by lightning, and 85% of reported lightning fatalities are men.

While lightning-related deaths can be unpredictable and sudden, there are some things you can do to stay safe outside.

• When you hear thunder, get inside as soon as possible. If you can't make it inside, avoid open areas.
• Don't be the tallest object in the area.
• Stay away from isolated tall trees, towers or utility poles.
• Stay away from metal conductors like wires or fences. Metal doesn't attract lightning, but it can travel long distances through it.
• If you're in a group, spread out. While that increases the probability someone might get struck, it increases the chance that someone could help if someone does get struck.
• Lightning victims do not carry an electric charge. If you witness someone get struck by lightning, administer first aid immediately, if needed, and call 911.
• Don't be a victim — move yourself and the victim to a safe space, as lightning can strike twice.