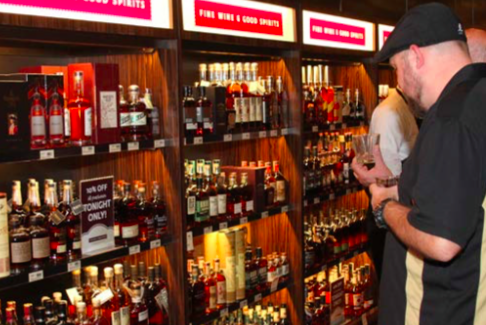 An annual report from the Pennsylvania Liquor Control Board reveals the top liquors purchased in each of the state's 67 counties. Philadelphia spent $33,667,553 on brandy/cognac products in fiscal year 2018-19.

It may be a Tuesday night, but you can safely bet that New Year's Eve will be full of drinks to start the 2020's on a high note.

Pennsylvania's liquor laws have come a long way since the turn of the century. Grocery stores now carry solid selections of beer and wine. You can even get drinks at a handful of Wawas, though a large part of the state's business runs through Fine Wine & Good Spirits stores.

One advantage of a system with tight state control is that there are plenty of publicly available statistics on what we're consuming.

In its annual report, the Pennsylvania Liquor Control Board released data for the 2018-2019 fiscal year, including the most popular liquors sold in each county.

The most popular drink across Pennsylvania, as well as in the counties surrounding Philadelphia, was Tito's Handmade Vodka (1.75 Liters). Most of central Pennsylvania was rum country, led by Captain Morgan Original Spiced Rum (1.75 Liters).

Statewide, the PLCB recorded record sales of $2.67 billion (including liquor and sales tax) for a 2.9% increase over the previous fiscal year. Some of the growth is attributed to the expansion of FineWineandGoodSpirits.com and a new e-commerce fulfillment center, which quadrupled offerings for online shoppers.

The full report, available here, offers a more detailed breakdown of liquor and wine sales across Pennsylvania. This map put together by the Pennsylvania Star-Capital offers an interactive look at the top three liquors in each of the state's 67 counties.