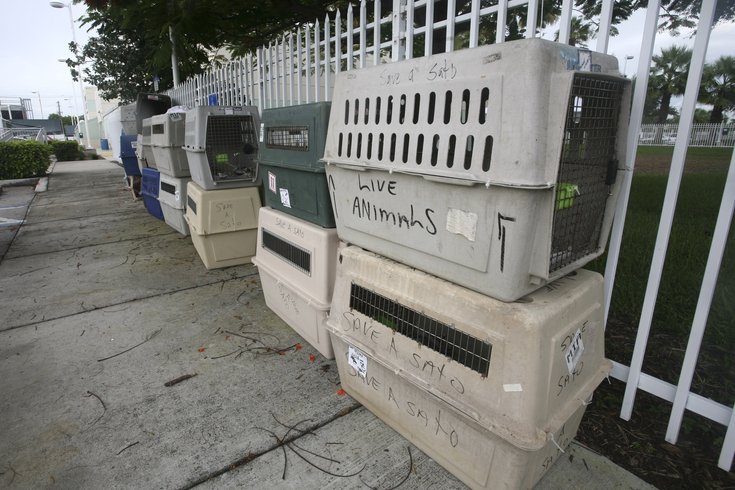 One local organization is doing what it can to help out with a flooding disaster that's already claimed 13 lives in Louisiana.

The Providence Animal Center in Media has raised enough money through online donations to transport and take in more than 30 dogs and cats that have been displaced from the disaster-stricken state.

“In these disasters, pets aren’t allowed in the shelters that are housing people and the shelters down there that are already helping the homeless animals, they got flooded,” Dayna Villa of Providence Animal Center told NBC10.

Villa also said that after the pets get the medical attention they need, the goal is to get them adopted.

Before that happens, the center is asking for some help from the public. The Providence Animal Center is in search of a few basics, including cleaning products and paper towels, rawhides, dog and cat food and sheets.

Now called one of the worst floods in Louisiana's history, the disaster has damaged more than 40,000 homes while 30,000 people needed to be rescued since last week.

Watson, Louisiana saw more than 30 inches of rain 15-hour period, while Baton Rouge was hit with more than 19 inches. More than 60,000 people requested help from the Federal Emergency Management Agency.

The White House announced in a statement Friday that President Obama will visit Baton Rouge on Tuesday.

"[President Obama is also eager to get a first-hand look at the impact of the devastating floods, hear from more officials about the response, including how the federal government can assist and tell the people of Louisiana that the people will be with them as they rebuild their community and come back stronger than ever."