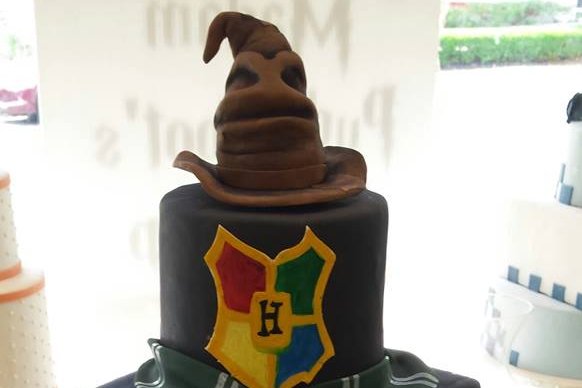 This Harry Potter wedding cake was created by a Chestnut Hill baker and has taken the internet by storm.

A wedding cake created by a local baker has put the Internet under a spell.

The Harry Potter-themed cake, created by Caitlyn Clausen of The Night Kitchen Bakery and Cafe in Chestnut Hill, was recently featured on the BuzzFeed Weddings Facebook page.

It's since been shared more than 45,000 times, with many commenting their praise for Clausen's work.

The confectionary creation was constructed back in October for the annual Harry Potter Festival in Chestnut Hill.

I'm so having a Harry Potter themed wedding cake like this, no matter what anyone says pic.twitter.com/4cL7ZX9AzQ

Although the bakery has come up with other exquisitely designed Harry Potter treats since then, they're reaping the benefits of the viral attention.

They made note of the cake's popularity on their website, adding about Clausen, "can't you tell she's a fan?"