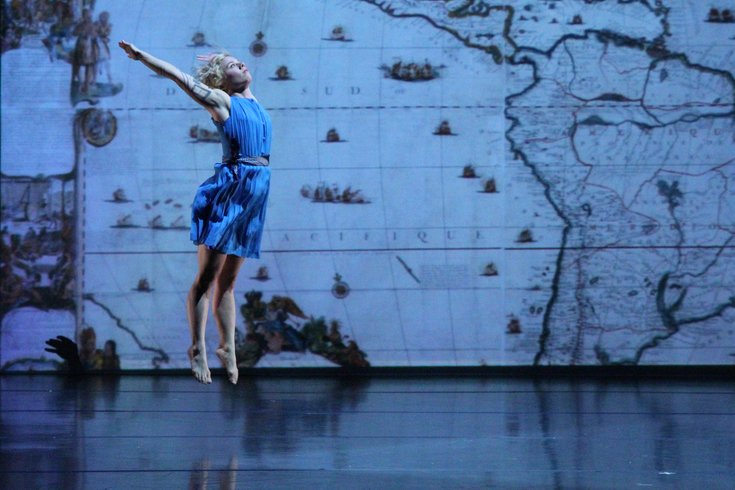 Amy Lynne Barr will perform "The Toss Away(s)" at the Annenberg Center.

As part of the Annenberg Center for the Performing Arts' By Local series, Philadelphia-based dancer Amy Lynne Barr will perform "The Toss Away(s)" Friday, Jan. 23 and Saturday, Jan. 24. The performance includes five solos which use music from artists as varied as Nick Cave and Beethoven.

With the exception of one solo, which Barr uses to tie the entire performance together, the solos were all created very separately to deal with issues Barr has faced over the past four years. From feeling objectified, to getting divorced, to being newly single, "The Toss Away(s)" addresses important events from Barr's recent life. And now she can add one more: Barr is also six months pregnant!

Though she can't practice as hard as she usually might, Barr's show will of course go on. "There’s some physicality I have to be a little bit more precious about," Barr said. "But the good thing is that these solos exist already, I know them ... so I don’t have to go crazy trying to remember them."

The first solo of the piece, "The Toss Away(s)," for which the whole performance is named, refers to the unique music it uses. When creating the solo, Barr teamed up with sound designer Jason Gregory to mix unused text she had written for previous shows and tossed away. She recorded herself saying the words and Gregory turned it into music.

Other works you'll hear during the performance include an emotional, sentimental piece by Nick Cave and Warren Ellis, as well as some Beethoven. There's a perception among dancers that symphonies can be too complex for a soloist to perform with, but when choosing her music Barr had other ideas. "I said screw that, I’m going to use a symphony!" she said, laughing.

Though Barr has lived everywhere from Nevada and Iowa to Illinois, she has now been in Philadelphia for almost two years. She has performed with local arts group Invisible River, but this will be her first show at the Annenberg Center.

"I think this is one of the biggest things that has happened to me as an artist in my career, to be curated into this series at a venue like the Annenberg, which is really amazing for me. I’m very excited about it," Barr said.

Despite the show's subject matter being Barr herself, the dancer said she hopes her work allows people to learn things about themselves. "You’re going to see a lot of dancing, but it’s not just dance that’s happening. It’s life that’s happening," she said.