Lester Owens specializes in teaching students intimidated by the subject 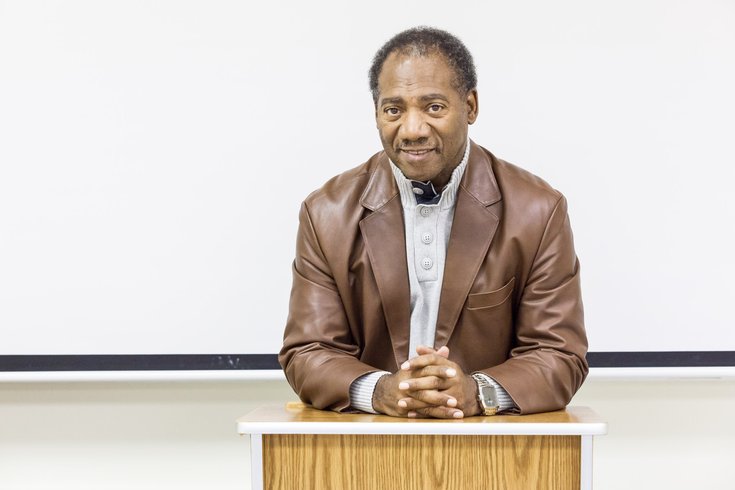 Lester Owens knows it takes something extra to reach his students.

While he loves algebra, many of his students at Camden County College simply fear the subject.

Some are older students who last took a math course long ago. Many of his students attended lower-achieving high schools, where math was not a focus. And some have never taken an algebra class.

“It’s an urban community college,” said Owens, 65. “The important part is getting them to realize they bring something to the table.”

Which is why his approach is to offer a student-centered course, with an emphasis on creativity, imagination and flexibility. This strategy has made him the 16th best community college professor in the country according to the site RateMyProfessors.com.

Owens thought, at first, the email notifying him of his standing among his peers was a joke, but then he saw it was indeed true.

“It’s beautiful. The comments show my students understand me and my flexibility," he said. "There are a thousand ways to solve a problem. I want them to have the options to succeed using what works for them."

“My job is to present the process and procedures, to break it down into segments,” he explained recently.

Because his students are from diverse backgrounds and often are “a newcomer to algebra,” he spends the first three weeks of his 15-week classes “boarding” his students.

That means making sure everyone understands the key concepts.

“You’re not a newbie when you are done,” with boarding, he said. “We’re building a foundation.”

At the end of the three weeks, Owens said every student “knows where they are and the politics of the classroom.”

And because many of his students have work and family to contend with, he gives students several ways to participate and learn.

“I help them manage in their new workflow," Owens said. "Sometimes that means doing more exercises than problem-solving, but it is important that they feel good about themselves.”

In addition to a traditional classroom, students can meet with him, attend tutoring sessions he holds on Saturdays at local libraries, use technology to connect with online workbook sessions, or connect to a live class online, watching his lectures on a computer, tablet or mobile phone.

Owens also simplifies the material by subbing everyday words for traditional mathematics terms – like using the word “apple” for the variable ‘a’ – which he said is less intimidating.

Students respond to his approach: On RateMyProfessors.com, Owens earned top marks – scoring 5s in the overall and helpfulness categories, and a 4.9 for clarity.

A student sums up her experience in his class:

“I really appreciate the time you took out to tutor me. I have been out of school for nearly 15 years and really needed the one-on-one sessions.

“The links you provided were very helpful. I was able to go online and study while on a break at work, or whenever I had time off at home.

“Being a full-time employee, mother and student, this has been a very helpful experience. It has helped me to push myself to recognize my mistakes.”

Owens has worked as an actuarial and designed software, giving him real-world experience, but math has always been his main interest.

He learned to love math early, he said, through a cousin who recognized his interest and gave him a workbook that became like a bible.

“I was one of very few male African-Americans who [majored in math] and one of the few black soccer players,” Owens said.

Taking the time to tutor students is his way of giving back.