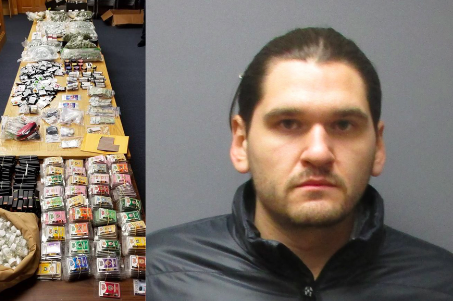 Michael Klimowicz, 28, was arrested Sunday at his residence in the Holgate section of Long Beach, where authorities conducted a search based on probable cause.

Inside the home, police found evidence that Klimowicz was allegedly planning to distribute drugs including LSD, cocaine, marijuana, Xanax and Adderall.

Investigators said they recovered more than 25 pounds of marijuana, sharing a series of photos that filled several tables worth of drugs and packaging materials.

Klimowicz was taken into custody and held at Ocean County Jail pending a future court date.

Anyone with information pertaining to the discovery is asked to contact Long Beach detectives at 609-361-2073.