Vinny Proscia, 41, jumped into action when a Bagels 101 regular was nearly doomed by driving technology 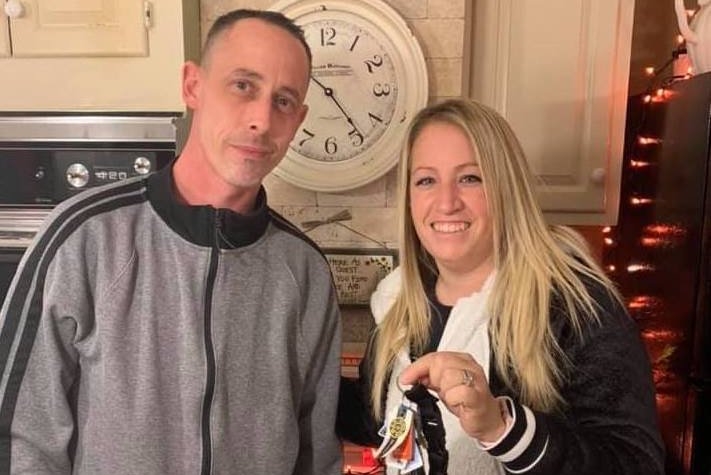 Vinny Proscia, left, went viral this week for driving six hours just to return a set of car keys to a regular customer who was spending the weekend in Pennsylvania.

A Long Island man went viral this week for driving six hours, round-trip, just to return a set of car keys to a regular customer who was spending the weekend in Pennsylvania.

Vinny Proscia, 41, of Ronkonkoma, a tiny hamlet about halfway up Long Island, works at Bagels 101 in Middle Island, according to Newsday.

On Saturday morning, Diana Chong, a regular at Bagels 101, stopped in for bagels before heading to a friend's party in Honesdale, Pennsylvania. Chong didn't need her car keys to drive all the way to Honesdale since she'd left the car, which has an automatic start feature, running when she stopped at the bagel shop. But Chong would need the keys to start the car once it stopped, and she'd unwittingly left the keys on Bagels 101's front counter.

When Chong arrived in Honesdale, according to Newsday, she realized her keys were missing, and she began to worry that her family might be stranded in Pennsylvania. She called Proscia, who offered mail the keys to Honesdale, but the package wouldn't have arrived before Monday morning, when she and her husband Frank had to make it to work.

So Proscia decided to drive six hours to Honesdale to deliver the keys. For reference, Google Maps says the drive from Bagels 101 to Honesdale is 189 miles, or just over three hours with favorable traffic. Proscia would have to make that roundtrip and be back on Long Island by Sunday morning in order to help open the bagel shop.

According to Newsday, Proscia's wife, Renee, was incredulous:

"Renee Proscia was skeptical and wondered if her husband was really planning a night out at the Foxwoods casino in Connecticut.

"'Of course I didn't believe him,' she said. 'I mean, who would do that? But this is Vinny. He would help anybody.'"

Proscia was serious, and delivered the keys around 10:30 p.m. Saturday night.

Chong's sister posted a status Saturday night on Facebook about the ordeal, and it quickly went viral, receiving more than 500 reactions by Tuesday afternoon:

Proscia stopped for some coffee and crumb cake in Honesdale before driving back to Long Island, and had to explain why he was zipping home to New York in the middle of the night to a police officer who pulled him over for speeding.

The Bagels 101 Facebook page posted a message Sunday praising Proscia for going above and beyond:

Whether Proscia would've done the same if he had to drive into New Jersey, of course, is another story.