A total of 10 players and coaches have ties to the city, the suburbs, or the 76ers organization 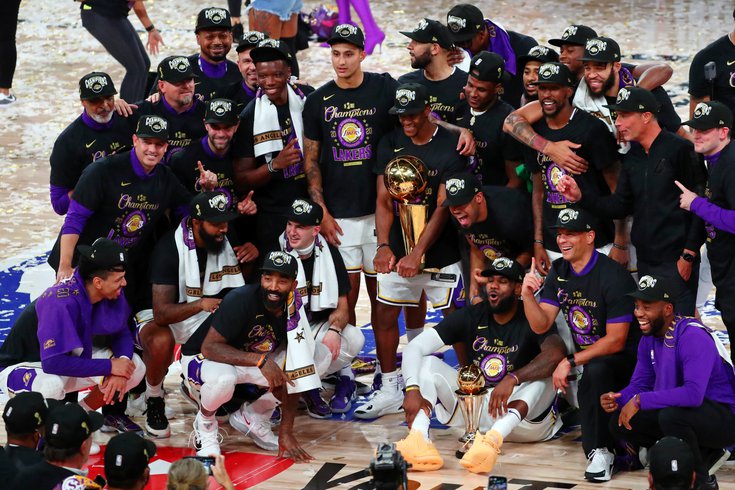 A total of 10 Los Angeles Lakers' players and coaches have ties to the city, the suburbs, or the Philadelphia 76ers' organization.

The 2019-20 NBA season came to a close on Sunday night after the Los Angeles Lakers knocked off the Miami Heat in the NBA Finals at Walt Disney World to capture their first championship since 2010.

Despite the 76ers being sent home from the restart bubble in August after getting swept by the Boston Celtics in the first round of the playoffs, the Philly region was well represented when the Lakers hoisted the Larry O’Brien trophy on Sunday.

Two players, Markieff Morris and Dion Waiters, are both from Philly. While Morris played his high school basketball at both Prep Charter in the city and APEX Academy in Pennsauken, Waiters starred at Life Center Academy in Burlington. Morris was raised in North Philly, while Waiters was raised in South Philly.

Morris and Waiters, however, weren’t the only Lakers players who had some of their high school basketball careers take place in Philly. Kyle Kuzma played one season at Rise Academy in the city.

Despite only logging roughly 10 minutes during the entire series, Smith was the first Laker to put his hands on the Larry O’Brien Trophy.

The Larry O'Brien is coming back to Los Angeles 🏆 pic.twitter.com/HkTVhZvNvD

While the Sixers haven’t been to the Finals since 2001 or won a title since 1983, the Lakers have five players and coaches with ties, albeit brief, to the 76ers organization.

The Wildwood native Vogel served as a Sixers assistant during the 2004-05 season under then-head coach Jim O’Brien. Assistant coach Lionel Hollins, who was unable to join the Lakers in Florida, played for the Sixers for two seasons from 1980-82.

JaVale McGee had a brief six-game stint with the Sixers during the 2014-15 season, and Alex Caruso suited up for the 76ers’ Summer League squad in 2016.

Kostas Antetokounmpo, the younger brother of Milwaukee Bucks superstar Giannis Antetokounmpo, was the 76ers’ second-round draft pick in 2018. However, he was immediately traded to the Dallas Mavericks.

So while the 76ers will have to wait another year before it can end its championship drought, several more players and coaches with ties to the Philly region can now refer to themselves as NBA champions.