The 3-acre property in Wynnewood boasts six bedrooms, seven bathrooms, an indoor pool, an outdoor pool and a tennis court 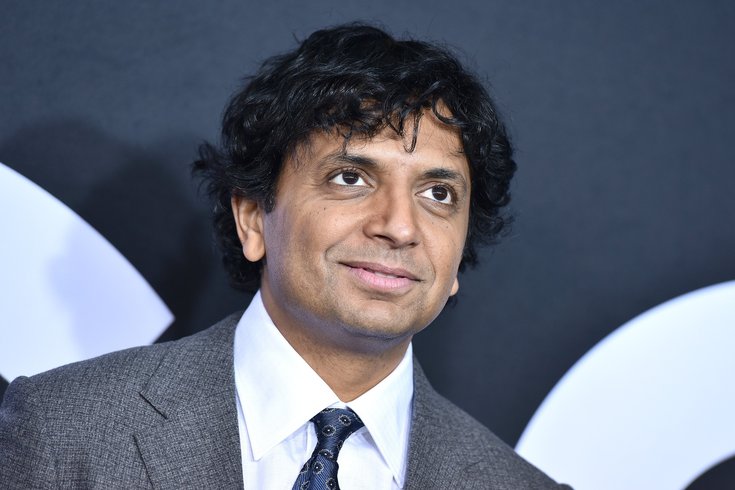 The Wynnewood home where acclaimed director M. Night Shyamalan grew up is for sale. Shyamalan's parents bought the house in 1982.

Before he broke through with "The Sixth Sense," M. Night Shyamalan was just a kid growing up in the Philadelphia suburbs inviting friends over to make movies in the woods behind his home. Now, that home is up for sale.

Located at 132 Old Gulph Rd. in Wynnewood, the 6,053-square-foot, Japanese-style house where Shyamalan spent his adolescence recently hit the market for $2.175 million, according to Zillow. The 3-acre property boasts six bedrooms, seven bathrooms, an indoor pool, an outdoor pool and a tennis court.

Joe Morrison, a broker with Compass Real Estate, describes Shyamalan's childhood home on Zillow as "one of the most unique" in the area, "a mid-century pearl that's been nurtured, re-imagined and refined over the last 40 years by the current owners."

The house was built in 1956, according to Zillow. Shyamalan's parents, Drs. Nelliate and Jayalakshmi Shyamalan, bought it for $176,199 in the fall of 1982, property records show. Shyamalan, who was born in 1970 in Mahé, India, immigrated to the United States with his parents and older sister at just six weeks old. He was 12 when his family moved into the home.

According to the Philadelphia Business Journal, Shyamalan's parents are retired and recently moved to Malvern to be closer to their children and grandchildren. Shyamalan and his wife live in a 1937 Georgian Revival house on a 125-acre estate called Ravenwood in Willistown Township.

Speaking with the Business Journal, Jayalakshmi Shyamalan said she and her husband chose to settle down with their children at 132 Old Gulph Rd. because of the good K-12 schools and colleges in the area. Shyamalan attended Waldron Mercy Academy, a private Roman Catholic grammar school, and then Episcopal Academy when it was located in Merion Station. When it came time for college, he left the Philly suburbs to attend New York University.

Jayalakshmi Shyamalan also raved to the Business Journal about the home's outdoor space, where she tended garden and hosted barbecues and swim parties, and two indoor quiet rooms overlooking the property that offered respite from many Pennsylvania winters. She said she will miss the kitchen at 132 Old Gulph Rd. more than anything else, however, because it was the site of many large family gatherings over the past three decades.

"When the family comes in, everybody — even with all the things (going on) — somehow everybody will end up in the kitchen,” she told the Business Journal.

Shyamalan has been obsessed with filmmaking since he was a child. Home video footage included as a bonus feature on the DVD for his 2004 film "The Village" shows the young director donning a fedora to recreate the opening scene of "Raiders of the Lost Ark," presumably in the woods that surround the house on Old Gulph Road. Since then, he's directed more than 10 films and two television series.

Many of Shyamalan's projects are filmed and set in Philadelphia, including the Oscar-nominated "The Sixth Sense" in 1999 and most recently "Servant," a gripping Apple TV series about a Center City couple grappling with the mysterious and traumatic death of their infant.

"I love Philadelphia. I think it's the best city in the country, one of the most beautiful places to live," he said during an Ask Me Anything session on Reddit in February. "It's really grown over the past 15-20 years into this beautiful place. Young professionals live here, very diverse. It has an unbelievable amount of higher education. The places that you can shoot here, you can do a period piece, you can do a sci-fi piece. It's just all of this span of anything I can make up in my head, I can do it here."

Take a virtual tour of Shyamalan's childhood home on Zillow.