'I went Wow, you could do this as a job,' the 'Sixth Sense' director told Jimmy Fallon on 'The Tonight Show' 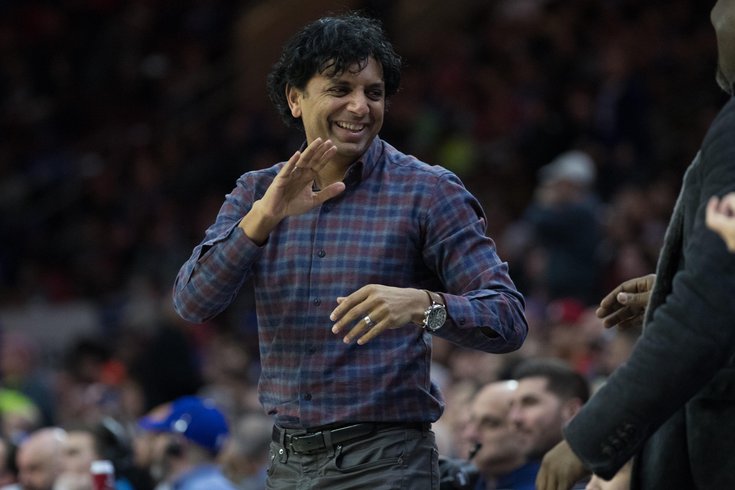 The debut trailer for M. Night Shyamalan's next movie, "Old," will air during the Super Bowl on Sunday, the filmmaker told Jimmy Fallon.

Filmmaker M. Night Shyamalan may have become a doctor had he not stumbled upon a book written by director Spike Lee.

During an appearance Wednesday on "The Tonight Show," host Jimmy Fallon asked Shyamalan when he realized he could make films for a living.

Shyamalan, 50, said he started making movies for fun as a kid growing up in Montgomery County. But it was the discovery of a book Lee wrote on filmmaking that inspired Shyamalan to pursue a career in the industry.

"I went 'Wow, you could do this as a job,' because I think Hollywood was always kind of this fantasyland," Shyamalan said. "It was just people out there in someplace called Hollywood."

Shyamalan said that his parents were not thrilled, as they had hoped their son would follow in their footsteps as physicians. Instead, Shyamalan followed Lee in attending the Tisch School of the Arts in New York City and becoming a critically-acclaimed filmmaker.

Shyamalan has told Lee of his inspiration story and since developed a professional relationship with his childhood idol.

"He's been so supportive and he's come to my premieres," Shyamalan said.

Shymalan also teased that the trailer for his next film, "Old," will drop during the Super Bowl broadcast Sunday on CBS.

Filming for "Old" began in September, with a release date scheduled for this July. The film was originally slated to come out in February, but the release got pushed back due to the COVID-19 pandemic.

The film is based on the novel "Sandcastle" by authors Peter Oscar Levy and Frederik Peeters, which tells the story of a group of people stranded on a haunted beach.

Shyamalan also talked about the newly-released second season of his Apple TV+ show "Servant" and gave a quick nod to The Roots for their fellow Philly ties.

The horror show, which was filmed in Philadelphia and Delaware County, follows a Philly couple coping with the loss of their infant son. Exterior scenes were shot in Center City around Spruce and 21st streets. The interior sets were constructed in a former paint factory in Bethel Township.

Filming for the second season was put on hold last March due to the COVID-19 pandemic. Production resumed in September, resulting in the fake snow that blanketed parts of Spruce Street in Fitler Square in October.

The series has already been renewed for a third season.