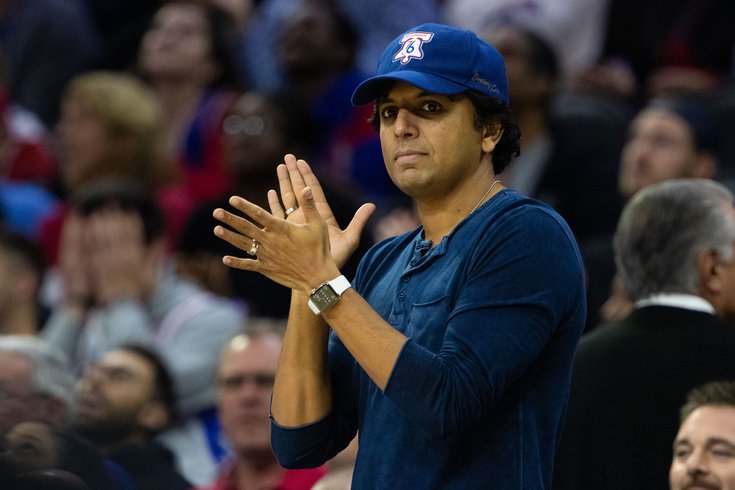 M. Night Shyamalan will be writing, directing, and producing the movie, and his Berwyn-based production company — Blinding Edge Productions — is involved with the project.

The "Split" and "Glass" director took to Twitter to unveil that his next film will be called "Old" and is slated to be released in July 2021.

“Feels like a miracle that I am standing here shooting the first shot of my new film,” Shyamalan wrote on Twitter.

His post also included a photo of the film poster, which appears to show an hourglass timer with bodies falling instead of sand.

The Penn Valley native will be writing, directing and producing the movie. His Berwyn-based production company, Blinding Edge Productions, is involved with the project.

The film is based on the novel "Sandcastle" by authors Peter Oscar Levy and Frederik Peeters, which tells the story of a group of people stranded on a haunted beach.

Feels like a miracle that I am standing here shooting the first shot of my new film. It's called Old. #OldMovie @OldTheMovie pic.twitter.com/hth8jUum8K

Shyamalan posted on Twitter that he was tech scouting with his crew earlier this month ahead of film production getting underway.

Me tech scouting with crew for new film! We are just over a week away from shooting. Feel lucky to be telling stories again. pic.twitter.com/HicaoSFwKE

The film was originally scheduled to come out in February 2021, but the release got pushed back due to the COVID-19 pandemic, according to the Hollywood Reporter.

Last year, Shyamalan signed a deal with Universal Pictures to put out two new thriller films over the next four years.