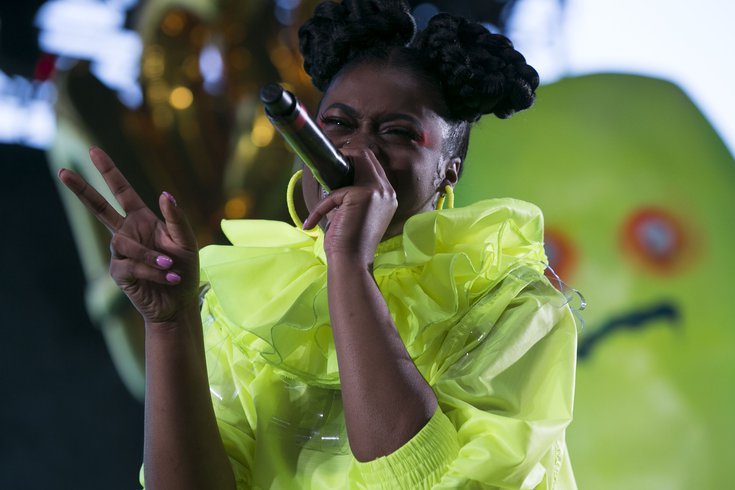 Tierra Whack's newest hit '8' is one of 11 songs that debuted exclusively on the 'Madden NFL 22' soundtrack.

"Madden NFL 22" officially hit shelves this past Friday, a sign that football season is just around the corner.

Video gamers and Eagles fans who purchased "Madden" and started playing it over the weekend may have noticed that the Birds aren't the only thing connected to Philly in the game.

North Philly rapper Tierra Whack has released a new track titled "8" that's exclusive to the game's soundtrack. The song features a unique thumping beat and creative lyrics that fans of Whack have come to know well in recent years.

The song's football references include a line in the refrain that goes "Touchdown, make me richer," as well as "No safety, I'm bleeding/I can never fumble, I defend" during one of the verses.

The song, however, features no specific references to the Eagles. But the "Madden NFL 22" soundtrack cover art shows Whack wearing a No. 22 midnight green Eagles jersey while standing on a red sports car.

Safety Marcs Epps currently wears No. 22 for the Birds. Former players like cornerback Asante Samuel and running back Duce Staley are among the most notable to rock No. 22 for the Eagles.

Whack's "8" is one of 11 tracks that debuted on the "Madden NFL 22" soundtrack. Other exclusive songs come from fellow hip-hop stars like Swae Lee, Moneybagg Yo, 42 Dugg and Morray. Already-released hits from artists such as Drake, Lil Baby and J. Cole are featured in the game, too.

The 26-year-old Whack has become well-known for her eye-catching songwriting and music videos, as well as her whimsical taste in music and clothing.

Whack also released a fashion-inspired track called "Walk The Beat" earlier this month. Her debut album "Whack World" came out in 2018, but the rapper has yet to put out a follow-up album.