Made in America Festival returns to Benjamin Franklin Parkway

By Sinead Cummings
PhillyVoice Staff
Festivals Made in America
from 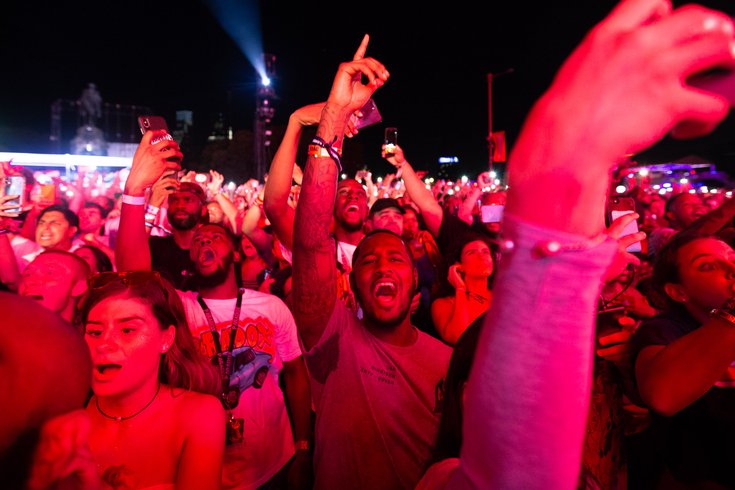 Philly's Made in America festival is back this Labor Day weekend after being canceled in 2020 due to COVID-19. Pictured above, a crowd cheers for Meek Mill at Made in America Festival on Saturday, Sept. 1, 2018.

Made in America is returning to Philadelphia's Benjamin Franklin Parkway for 2021.

See you in Philly!
Made in America 2021 tickets are on sale now!
Get 2-day passes and lock in “Early Bird” pricing while it’s available. https://t.co/SBji1Vol1a pic.twitter.com/iZyZ5EzevA

Early bird tickets can be purchased online. The lineup for Made in America's multiple stages has yet to be announced.

In the past, the festival has featured Rihanna, Travis Scott, J.Cole, Cardi B, Meek Mill, Beyoncé, Kendrick Lamar, Lizzo and many other big name celebrities.

The festival is produced by Roc Nation, alongside Live Nation. This year's Made in America will benefit the ACLU of Pennsylvania as its official charity partner. A portion of the net proceeds also will support The REFORM Alliance.

The 2020 edition of the music fest was canceled due to COVID-19. No official lineup was announced ahead of the cancelation.

"We are thrilled to announce Made in America 2021 on the legendary Benjamin Franklin Parkway. This year will be like no other, as Made In America celebrates 10 years of music history-making moments," Jay-Z stated. "The artists’ performances will be even bigger and Cause Village will host a wider range of amazing philanthropic organizations. We look forward to sharing incredible memories with our festival attendees and the city of Philadelphia."

According to a press release, the event has generated more than $135 million in economic impact for the city of Philadelphia, since the inaugural two-day concert in 2012.

For more information on Made In America, visit its website. You can also view a gallery of the 2018 concert here and here.