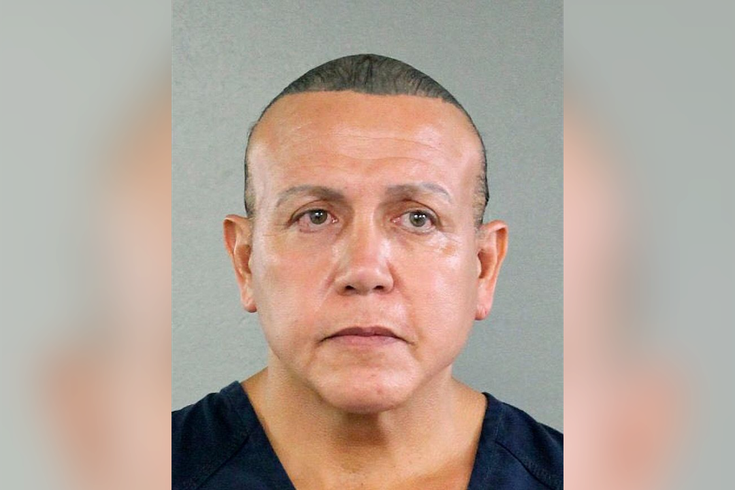 Photo released by the Broward County Sheriff's offices of Cesar Sayoc, the suspect behind the numerous pipe bombs sent to liberal public figures.

The man charged with sending 12 crude pipe bombs to critics of President Donald Trump had a list of more than 100 other possible targets, including elected officials, entertainers and journalists, according to multiple news reports.

So far, law enforcement officials are not talking on the record about the dozens of names on the longer list, though those individuals have reportedly been notified by officials.

On Monday, another suspicious package similar to those found last week was reported at the New York Times offices in midtown Manhattan. The FBI had previously notified the Times that an editor there was one of the suspect's other targets.

Late Monday, however, the envelope was found to contain just paper and confirmed as harmless.

Sayoc made his first court appearance Monday in Miami. His next hearing is Friday.