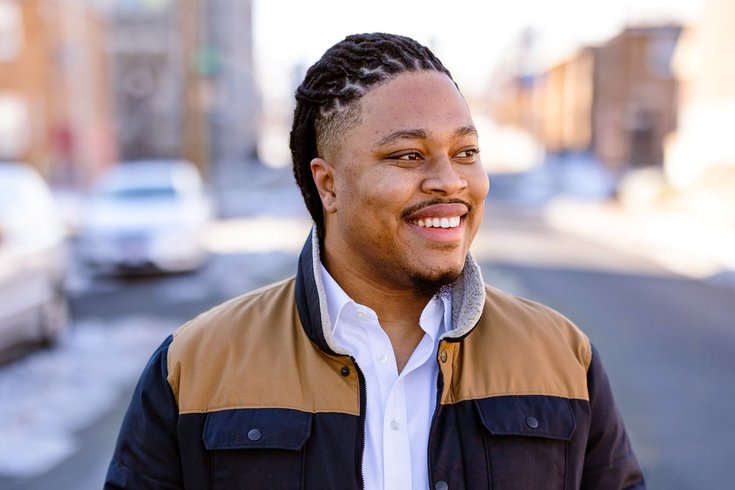 Democrat Malcolm Kenyatta announced he will run for U.S. Senate in 2022. He currently is the state representative for Pennsylvania's 181st District.

Rep. Malcolm Kenyatta, the first openly gay Black man to be elected to the Pennsylvania House, will take a shot at breaking similar ground in the U.S. Senate in 2022.

Kenyatta kicked off is election campaign this week, saying if wins he will work to support working class families.

"America's really at a crossroads right now. I think that was made even more clear by what happened on January 6," the Democrat told MSNBC on Thursday. "I know that we have an opportunity right now to … make sure we have a country that doesn’t just talk about justice and fairness for all, but that actually makes it real."

Kenyatta, 30, represents the 181st District, which covers parts of North Philly. He is running to fill the seat being vacated by U.S. Sen. Pat Toomey, who will not be running for reelection at the end of his second term.

The Temple graduate is relatively new to the political sphere. He was elected in 2018, becoming the first openly gay Black man to serve in the House.

Kenyatta got his start as a community advocate in North Philly, organizing block clean-ups, bringing in political candidates to talk to voters in the neighborhood and mentoring kids, BillyPenn reported.

It’s official: I am a Democrat running to be a voice for working families in the US Senate. Help us build this movement from the ground up: https://t.co/S4UAhtPfkU pic.twitter.com/8amZkdaKac

He was one of the few young progressives to support President Joe Biden's candidacy during the primary election, while others backed Sen. Bernie Sanders, WHYY reported.

Kenyatta is vice chair of the Philadelphia House Delegation and is a member of Gov. Tom Wolf's Taskforce on Suicide Prevention. He also was elected a delegate to the 2016 and 2020 at the Democratic National Conventions.

Other LGBT members of the U.S. Senate include two current members: Sen. Tammy Baldwin, a Democrat from Wisconsin, who was the first lesbian politician elected to the senate; and Sen. Krysten Sinema, a Democrat from Arizona, who was elected in 2018.

Pennsylvania's former Sen. Harris Wofford, a Democrat, served in the U.S. Senate from 1991 to 1994. During that time he was married to his wife Clare, whom he wed in 1948. Clare Wofford died in 1996 of leukemia, and in 2016 the former senator married Matthew Charlton. Wofford died in 2019.

Candidates for Toomey's seat, from both parties, are starting to line up. Kenyatta joins Democrat John Fetterman, Pennsylvania's current lieutenant governor, an advocate for the legalization of the recreational marijuana and the former mayor of tiny Braddock, Allegheny County – and. Fetterman lost in Pennsylvania's Democratic primary for U.S. Senate in 2016.

Among the Republicans are real estate developer and former lieutenant governor candidate Jeff Bartos and Sean Gale, an attorney and the brother of Montgomery County Commissioner Joe Gale.