Sen. Pat Toomey announces he will not run for reelection in 2022 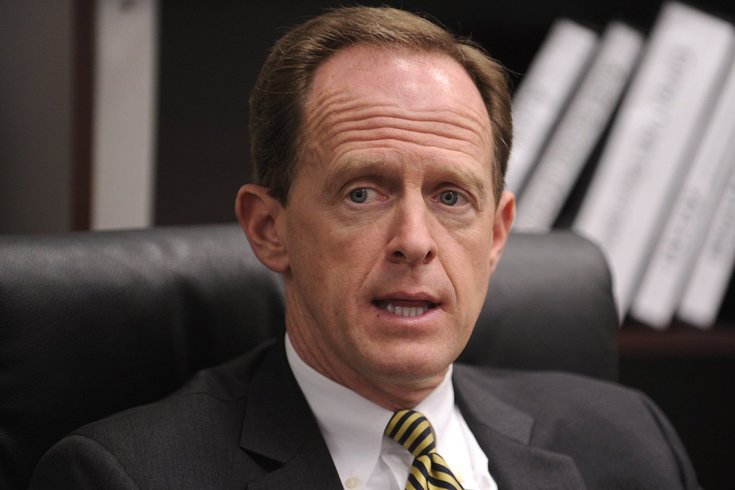 U.S. Sen. Pat Toomey is not expected to run for a third term in Pennsylvania in 2022.

Republican Sen. Pat Toomey of Pennsylvania is not expected run for a third term or for governor in 2022, according to reports that surfaced Sunday afternoon.

Toomey, a conservative who has often backed President Donald Trump in recent years, confirmed the news first reported by the Inquirer on Sunday. During a press conference Monday morning, Toomey said his decision was personal, not political.

"I'm looking forward for more time back at home," Toomey said, noting that he has been in public office for 18 of the last 24 years. "I have no specific plans and I'm not going to spend a lot of time and energy thinking about what I'll do later until a good two years from now."

I will be making an announcement about my political future at 10:00 AM. You can watch live at the link below. https://t.co/zZWsOG23nW

The decision came now, Toomey said, because he was fielding calls from supporters who wanted to help him run for governor of Pennsylvania. He wanted to put those questions to rest.

Toomey's vacant seat will suddenly become a key target for Democrats hoping to pick up a Senate seat in the 2022 election. He narrowly won reelection in 2016 over Democratic challenger Katie McGinty.

In his second term, Toomey has shifted to the right in alignment with the White House, specifically on issues such as sanctuary cities, tax reform and strengthening law enforcement. He recently supported Trump's nomination of Amy Coney Barrett to replace the late Supreme Court Justice Ruth Bader Ginsburg ahead of the 2020 presidential election.

Toomey repeated Monday that hearings for Coney Barrett's nomination should move forward ahead of the election despite the rash of COVID-19 diagnoses among members of Congress and in the White House.

In Philadelphia, Toomey has been a frequent target of protesters at his local election offices over the past several years.

While the senator has long been a supporter of Congressional term limits, he had not ruled out the possibility of a third term until now. The timing of his early exit from the field in 2022 leaves the race wide open.

Republicans are set to defend 22 Senate seats in 2022, compared to 12 among Democrats.

In the meantime, Toomey said he is supporting President Trump's reelection campaign and is focused on completing his term.

"I"ve got two years left. My intention is to work as hard as I possibly can," Toomey said. "I will have the luxury, in a way, of not having a campaign to manage at the same time. It is my hope that I'll be he chairman of the Senate Banking Committee because I am hopeful and cautiously optimistic that my Republican colleagues will prevail in a number of tough races and we will be in the majority."