How to watch the Pence-Harris vice presidential debate on Wednesday 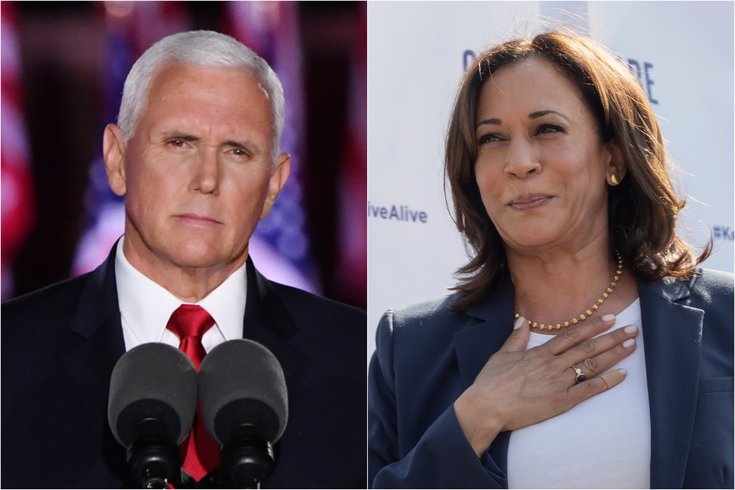 The one vice presidential debate between Republican Mike Pence and Democrat Kamala Harris ahead of the November election is still scheduled to take place at 9 p.m. on Wednesday, Oct. 7.

According to reports on Friday, a few hours after President Donald Trump had been flown to Walter Reed Medical Center in Bethesda to be treated for COVID-19, the debate was still on. Pence had tested negative for the coronavirus, and the New York Times reported that not only would the vice president participate in the debate with Harris, he also would resume campaigning for Trump.

2020 Election Guide: Everything you need to know to vote in Pennsylvania

The debate may look a little bit different than usual on Wednesday night. Both Pence and Harris will be separated by 12 feet on stage and surrounded by plexiglass, two additional health and safety precautions taken as a result of the recent COVID-19 outbreak at the White House. While Harris has been supportive of the additional mitigation measures, Pence had previously been opposed to the implementation of plexiglass given that the candidates would already be practicing social distancing.

The vice presidential debate, which will take place at the University of Utah in Salt Lake City, will run for 90 minutes without commercial interruption. Susan Page, USA Today's Washington bureau chief, was selected by the nonpartisan Commission on Presidential Debates to moderate the event.

Where is the vice presidential debate taking place?

Utah is a state that Donald Trump is expected to easily win on Election Day, according to polling compiled by Real Clear Politics.

What networks will stream the Pence-Harris debate?

The vice presidential debate will be broadcasted by the White House pool networks. The event will air live on ABC, NBC, CBS, FOX, CNN, MSNBC, FOX News, PBS, and C-SPAN. Those options are available with a cable or live-TV streaming service subscription.

Networks with streaming capabilities or affiliated apps will also broadcast the debate, making it accessible to those with Apple TV, Amazon Fire TV, Roku, and similar streaming devices. ABC News and The Washington Post have already announced they will stream it.

C-SPAN will stream the debate live online at C-SPAN.org and the audio-only feed on the C-SPAN radio app. ABC News’ live stream of the upcoming debate can viewed below.


What topics will Pence and Harris debate?

The topics for the vice presidential debate have not been announced at this time. Page will choose the topics, and debate will be separated into nine, 10-minute segments.

Page will ask an opening question, after which each candidate will have two minutes to respond. Page will then use the remaining time in each segment for a further discussion of the topic.

Following a fiery first presidential debate between Trump and former Vice President Joe Biden, the second presidential debate is scheduled to place on Oct. 15 in Miami, Florida, but whether or not takes place will depend on the president's health and recovery from COVID-19. That debate is set to be a town hall-style forum moderated by Steve Scully, the senior executive producer and political editor for the C-SPAN Networks.

The third and final debate between Biden and Trump – also uncertain at this time – happens Oct. 22 in Nashville, Tennessee. It will be hosted by Philly-native Kristen Welker, co-anchor of Weekend TODAY and the White House correspondent for NBC News.